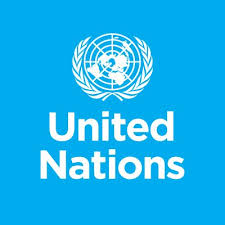 Ms. Agnes Callamard, UN Special Rapporteur on extrajudicial, summary or arbitrary executions, has called on Nigerian Government and the international community to pay special attention to the lingering violence in the north-central.

“The situation in the north-central appears to be spreading to other parts of the country. There is need for urgent actions to end the violence which is claiming thousands of lives,” Callamard said at a press conference on Monday in Abuja.

The News Agency of Nigeria (NAN), quotes the UN official as saying that she called the conference to share her findings on “arbitrary deprivations” in the country..

“According to my preliminary findings, Nigeria is a pressure cooker of internal conflicts with issues of poverty and climate change adding to the crisis.

“If the crisis in central Nigeria is ignored, its ripple effects will spread through the-sub region given Nigeria’s important role in the continent. If that happens, the major victim will be the vulnerable populations in the country.”

She also called for more attention to the north-east where victims of violence could share their experiences, and stressed the need to bring perpetrators to book to make them account for the violations.

She also emphasised the need to involve the victims in the search for solutions, and particularly called for the creation of a safe space where victims could share and talk about what happened to them.

According to her, the crimes committed in the northeast are not just against the victims and the Nigerian state.

“The crimes are against humanity; accountability must be delivered and the people must be involved and present in those processes.

“The suspected perpetrators – whether they are Boko Haram, other split groups or even security agencies – must also be held accountable,” Callamard added.

She called for trust in the Justice sector, saying that distrust could lead to the proliferation of vigilante groups and cases of jungle justice in the country

Callamard urged government to ensure access to justice for victims of human rights violation, and expressed happiness at the positive signs in the north-east demonstrated by the decrease in the number of killings over the last years.

“I have found some positive signs; for instance, in the north-east, the number of allegations of arbitrary killings or death in custody has decreased over the last two years.

“This evolution needs to be thoroughly assessed to determine the factors and actors that allowed for that positive development.”

She said that Nigeria was currently being confronted by regional and global pressures, saying that the situation could be blamed on population explosion, increased number of people living in poverty, climate change, desertification and the increased proliferation of weapons.

The UN official said that the step taken by the government to consider ranching and increased security in the country was a welcome development.

“Ranching is a long term measure but steps must be taken now and a great deal of discussions and consultations must take place.

“Due to the level of distrust and lack of confidence, more efforts must be placed on finding long-term solutions. There is need for a roadmap that must develop meaningful accountability.

“There must also be a real plan toward ending the excesses of the security agencies,” she said.

She also called for more attention to the herders/farmers conflicts to check its spread, urging government to also look for a shorter immediate solution to the humanitarian crisis enveloping some parts of the country. (NAN)