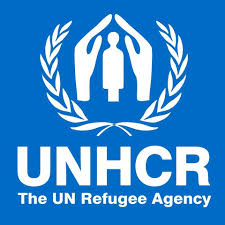 Humanitarian aid for the 900,000 Rohingya refugees in Bangladesh will cost 920 million dollars this year, UN agencies said on Friday as they launched their appeal to donors.

Most of the aid budget, which also covers 330,000 Bangladeshis in host communities, is earmarked for basic human necessities like food, water, sanitation and shelter.

The money is also needed to protect refugees from diseases and sexual violence, and to provide education, the UN Refugee Agency (UNHCR) and the International Organisation for Migration (IOM) said in a statement.

The aid appeal is smaller than the 950 million dollars that UN agencies sought in 2018, when donors funded 69 per cent of the requested amount.

Nearly 750,000 members of Myanmar’s predominantly Muslim minority have fled to neighbouring Bangladesh since August 2017 to escape what the UN Human Rights experts have described as genocide.

Some 200,000 other Rohingya had previously fled to Bangladesh’s Cox’s Bazar area.

In 2018, aid agencies managed to reduce the malnutrition rate among the refugees, brought immunization coverage to 89 per cent and improved living conditions in the refugee settlements.

However, the UNHCR stressed that the Rohingya remain in “an extremely precarious situation” until
they can return to their homes.

“I repeat my call to Myanmar to take urgent action to address the root causes of this crisis which
have persisted for decades,” UN Refugee Chief, Filippo Grandi, said.

UPDATED: Drama at CCT as Onnoghen refuses to sit