Says, judgement has strengthened his faith in God 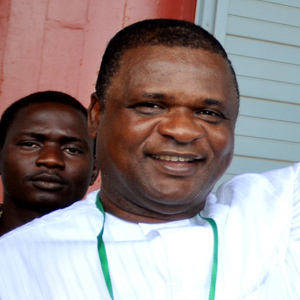 Umeh is basking in the euphoria of his legal victory over the Economic and Financial Crimes Commission (EFCC) and Sokoto State government at the Supreme Court.

The Anambra State born businessman who was clutching the judgement papers delivered February 15 by the nation’s Apex Court told The Nigerian Xpress Sports that God has vindicated him in spite of the efforts made by men to rubbish him.

Umeh was discharged and acquitted by the Supreme Court in the case of money laundering in which he was charged alongside former Sokoto State governor, Attahiru Bafarawa.

The Supreme Court in a judgement delivered by former Chief Justice of the Federation, Justice Walter Onoghen on February 15, 2019 discharged and acquitted Chief Umeh on the allegations levelled against him by the Economic and Financial Crimes Commission (EFCC).

We gathered that Umeh’s travails began in May 2013, when he was picked from his Lagos home by operatives of EFCC, following a warrant by a Sokoto High Court.

After several trips to Sokoto, detentions and trials, the case was heard at the Sokoto High Court where the accused was first discharged and aquitted.

The EFCC and the Sokoto state government appealed against the rulling. On March 24, 2017 the Court of Appeal Sokoto Judicial Division, presided over by Dr Hussein Mukhtar upheld the decision of the lower court on grounds that “the appeal is blatantly lacking in substance,” and was accordingly dismissed.

The judgement added, “the judgement of the lower court delivered on 17/2/2016 is therefore affirmed.”

Not satisfied with the decision of the Court of Appeal, the complainants appealed again, this time to the Supreme Court, which put the final seal to the previous decisions of the two lower courts.

Though he has won the six year legal battle, Umeh said he may seek redress for the troubles he was made to pass through since 2013.

He pointed out that he suffered monumental loss of funds, even as his reputation took serious bashing in the eyes of the society.

“I m happy with the judgement. I have been vindicated and to God alone be the glory. One thing I must tell you is that the Supreme Court judgement has strengthened my faith in God. Those who were prosecuting me wanted me nailed at all cost, but God has shown that he is still there for those who believe in him.”

“But as we speak, I m consulting my lawyers and I may be seeking redress for all that I went through while the case lasted. I suffered a lot emotional, financially and my reputation was called to question. These are issues that may not just be swept under the carpet now that my innocence has been proven by the Supreme Court,” Umeh said.

Death too painful: 70-year-old mother of 6 killed over alleged witchcraft