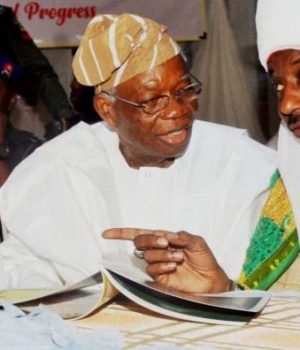 The University of Lagos Muslim Alumni (UMA) has eulogised the late President of the Muslim Ummah of South West Nigeria (MUSWEN), Chief Sakariyau O. Babalola, who died, on Wednesday morning.

In a condolence message, UMA President and Chief of Staff to the Governor of Ogun State, Alhaji Shuaib Afolabi Salis, described the late Babalola who also was the Deputy National President-General of the Nigerian Supreme Council for Islamic Affairs (NSCIA) as a colossus of the Muslim community whose commitment and generosity will be sorely missed.

Said Salis, “Chief S.O. Babalola was a pillar of Islam in Nigeria. He was a selfless man who contributed immensely to the spiritual, educational and economic empowerment of Muslims across the country.

“He was one of the founding fathers of MUSWEN and played an exemplary role as President until his demise.

“We pray Almighty Allah to forgive his shortcomings and reward his good deeds with the best of Paradise.

“We also express our condolences to Chief Babalola’s family in particular and the entire Nigerian Muslim community in general.

“May his soul rest in perfect peace, amen.” Chief Babalola had been buried, in Lagos, in accordance with Islamic injunctions.