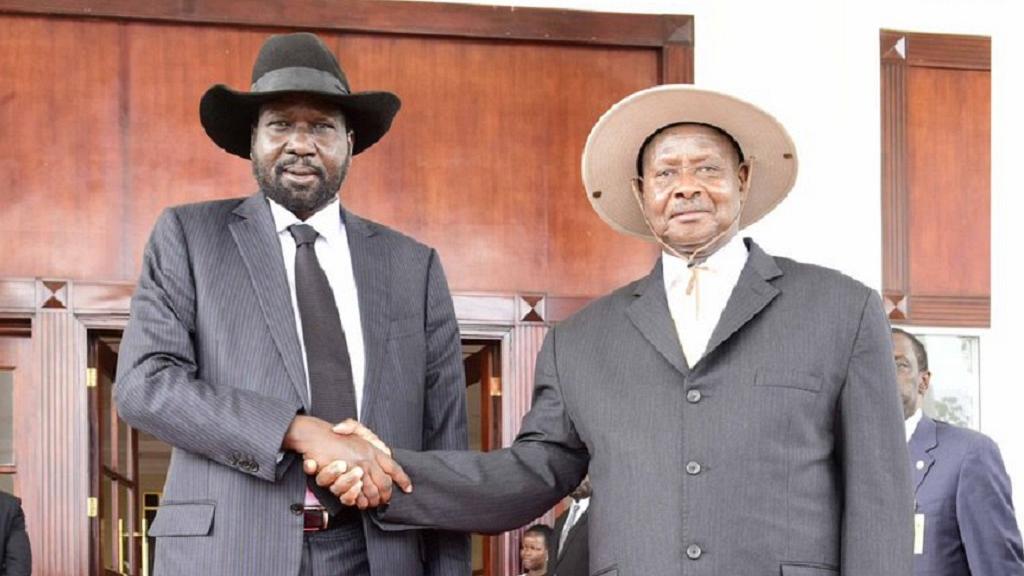 A State House statement said Kiir noted that the peace agreement was on course except disagreements over some state
and district boundaries.

Museveni advised the visiting delegation that they should not be consumed by fights over boundaries; instead they should
channel their efforts towards improving their people’s welfare and income.

He advised the leaders to stick to colonial boundaries for avoidance of conflict.

Museveni and President Omar al-Bashir of Sudan are reported to be the guarantors of the peace agreement signed in 2018 by Kiir,
who signed on behalf of the government of South Sudan and Riek Machar, who represented the rebelling groups.

South Sudan has been suffering from a civil war since December 2013, following a conflict between Kiir and his former vice
president Machar. (NAN)