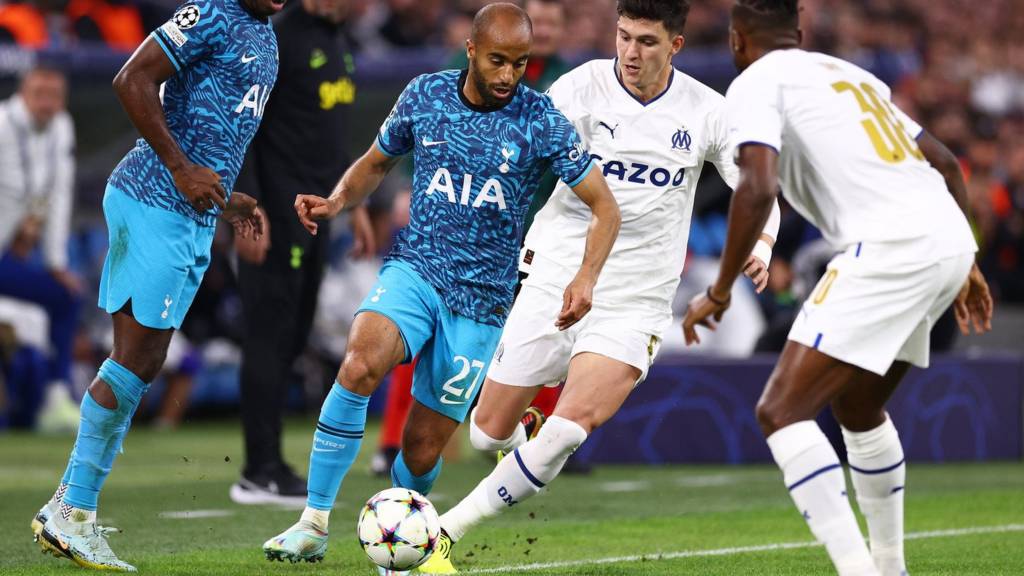 Liverpool ended Napoli’s flawless Champions League record with victory at Anfield but still had to settle for second place in Group A while Tottenham secured the top spot in Group D as goals from Clement Lenglet and Pierre-Emile Hojbjerg cancelled out Chancel Mbemba’s headed opener to ensure victory over Marseille.

Liverpool were looking to bounce back from Saturday’s home defeat by Leeds United and their spirits will be lifted by Darwin Nunez’s late goal which ended the impressive Serie A leaders’ unbeaten 21-game run.

Liverpool never looked remotely like securing the four-goal winning margin they would have needed against Napoli, who have exerted complete domination over the group, but these three points will act as a real boost to morale.

Thiago Alcantara brought a save from Napoli keeper Alex Meret in the first half, while Napoli thought they had broken the deadlock after the break only for defender Leo Ostigard’s header from a free-kick to be ruled out for offside after a lengthy video assistant referee (VAR) examination.

A game of few chances looked to be heading for a draw but Liverpool snatched the win when Mohamed Salah forced home a close-range finish with five minutes to go, with Nunez sealing the deal in added time.

Spurs were submerged at the Stade Velodrome during an insipid first half in which they failed to muster a touch inside their opponents’ box – and Marseille deservedly took the lead in first-half stoppage time when a short corner was hooked in by Jordan Veretout and headed home by former Newcastle defender Chancel Mbemba.

Pierre-Emile Hojbjerg struck in the 95th minute to secure Tottenham’s progress to the last 16 on a night where they were once heading out of the competition.

Spurs needed a draw to qualify from the group but Marseille took the lead through defender Chancel Mbemba on the stroke of half-time.

That meant Spurs dropped to third in the table – heading into the Europa League – before Clement Lenglet equalised early in the second half.

Tottenham were holding on desperately late on, but as Marseille pushed for the winner they needed to go through, they were caught on the break and Hojbjerg sealed victory for Spurs.

Meanwhile, Rangers recorded the worst campaign in Champions League history as they lost 3-1 to Ajax in their final group match at home.

Rangers needed a five-goal swing to beat Ajax to third place and the Europa League while knowing a two-goal defeat would leave them with the worst in Europe tag.

Goals from Steven Berghuis, Mohammed Kudus and Francisco Conceicao made it six straight defeats for Ibrox men, as a James Tavernier penalty could not prevent them from registering a goal difference of minus 20.