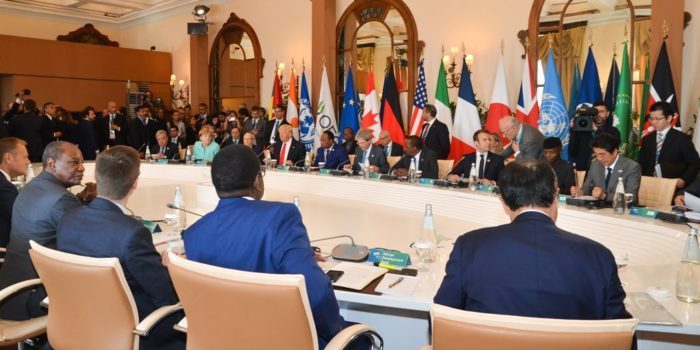 From August 24 to August 26, leaders from seven of the world’s major developed countries get together on the seaside town of Biarritz in southern France for the G7 summit.

Climate change, Iran nuclear issue, trade disputes, Brexit and the digital tax are all hard topics that the G7 plus the European Union (EU) have yet to reach any consensus on.

It is predicted that this year’s summit would witness further disunity of the group.

Formed in the 1970s as a club for the richest countries, the influence of G7, which groups France, Germany, Italy, Japan, the U.S., the U.K., and Canada, on global issues is dimmed as divisions among the members lay bare as well as emerging economies are growing remarkably.

According to the official agenda, leaders from the G7 and the EU will focus on addressing inequality and climate change.

They will also discuss other issues from the economy to foreign and security policies.

Experts believe that after the 2018 summit in Charlevoix, Canada, with an unhappy ending, leaders attending the 2019 edition might again not be so happy as what they could seem to be in the group photo.

German Chancellor Angela Merkel later shared a memorable photograph taken at the summit in which leaders stood around a sitting Trump, in postures that appeared quite tense.

This time the situation could be tougher – not only on climate change, but also on Iran and trade disputes.

Digital tax has become a hotspot too.

Britain, France, and Germany are trying their best to de-escalate the tensions in the Gulf Region, save the Iran nuclear treaty and help European companies doing business in Iran avoid U.S. sanctions.

This is just as Washington’s unilateral withdrawal of the deal is pushing the region to the brink of conflict.

Besides, the U.S. and France are at loggerheads over digital tax.

The Brexit is another stumbling block within the G7. British Prime Minister Boris Johnson visited Berlin and Paris on Wednesday and Thursday, in a bid to seek support to change the “backstop” regulating the border between British Northern Ireland and Ireland.

However, both Merkel and Macron declined Johnson’s proposals.

Amid a wide range of disputes, it is reported that the summit will perhaps not make a joint communique. (NAN)