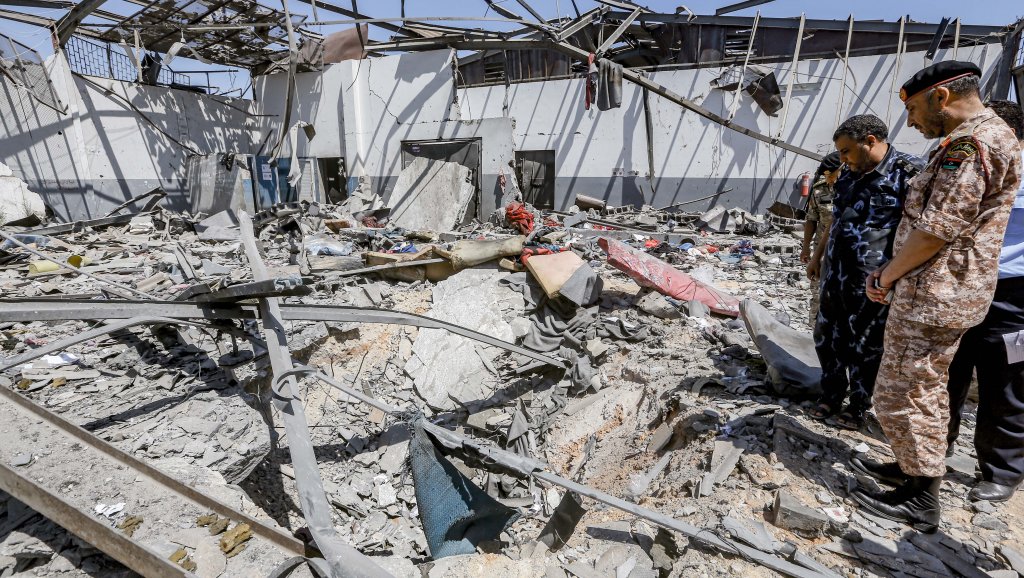 The United States has “strongly condemned” the bombing of a Libyan migrant detention facility that left no fewer than 44 people dead.

Also, 130 others were severely injured in the deadly attack on the detention centre for mostly African migrants near the Libyan capital, Tripoli, on Tuesday night, according to reports.

No one has claimed responsibility for the strikes, but accusing fingers are pointing at the air force of Gen. Khalifa Haftar, a warlord in eastern Libya.

Fighting has been raging around Tripoli since April 3 when Haftar’s Libyan National Army (LNA), an ally of a parallel administration based in Benghazi, launched an offensive to take control of Tripoli from the UN-support unity government.

The U.S. government’s reaction came in a statement by the Department of State signed by Morgan Deann Ortagus, one of its spokespersons.

Ortagus said, “We extend our deepest condolences to families of those killed and wish a speedy recovery to those injured.

“This tragic and needless loss of life, which impacted one of the most vulnerable populations, underscores the urgent need for all Libyan parties to de-escalate fighting in Tripoli and return to the political process, which is the only viable path to lasting peace and stability in Libya.”

Earlier, the United Nations expressed outrage over the attack, calling for an independent inquiry into the incident.

In  a statement, UN Secretary-General António Guterres, said he was “outraged by reports that women and children were among the victims.

He condemned “this horrendous incident in the strongest terms”, and expressed his deepest condolences to the families of the victims, while wishing the injured a speedy recovery.(NAN)