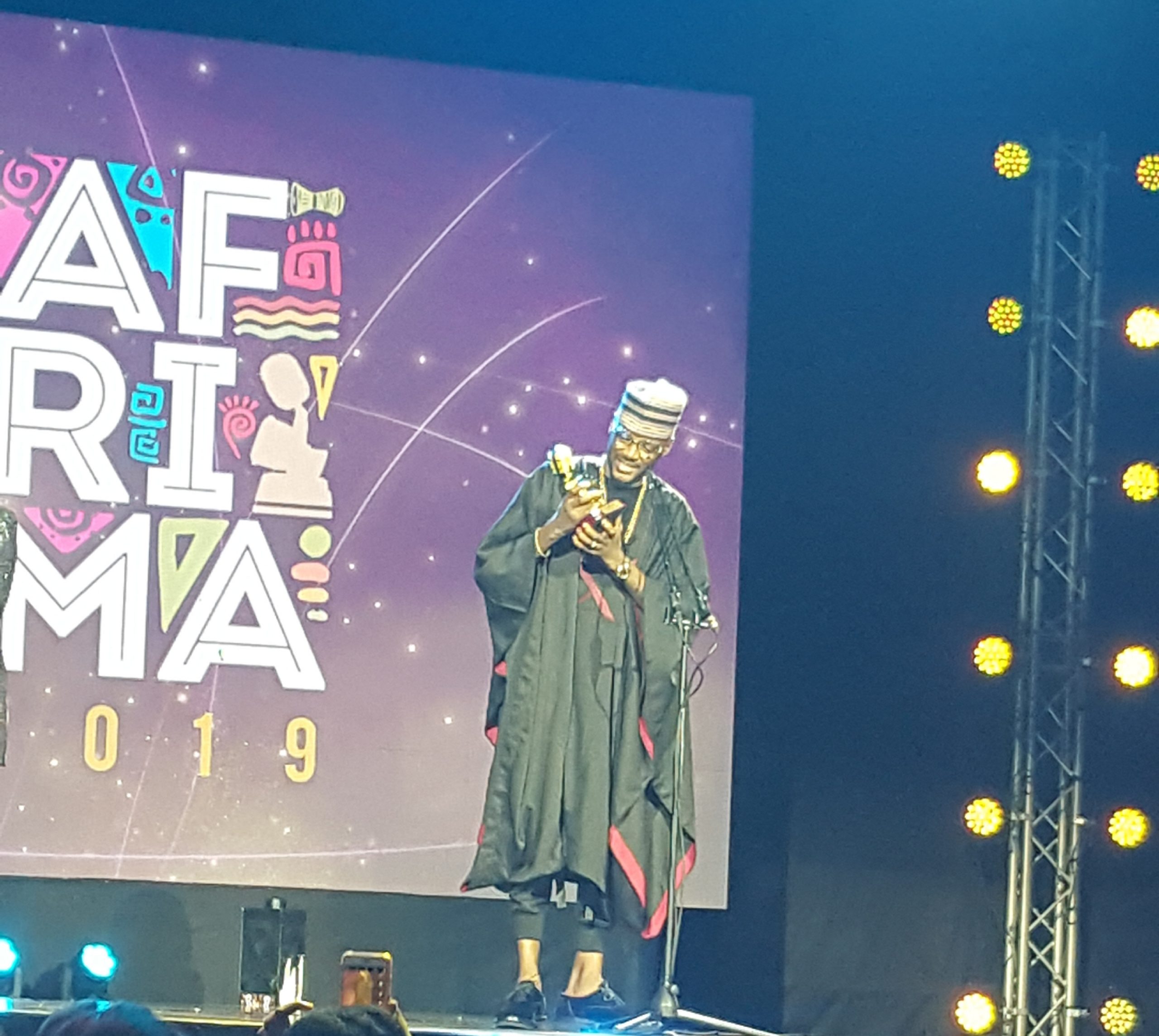 Innocent Tuface Idibia, popularly a.ka  2Baba and Burna Boy were among the artistes that won awards at the 6th All Africa Music Awards (AFRIMA)

News Agency of Nigeria (NAN) reports that the All Africa Music Awards was a four-day event which held at Eko Hotel and Suites, Victoria Island, Lagos.

2Baba won the award for Best African Artiste in African contemporary and a Special Recognition Award which he won with Awilo Logomba.

Burna Boy, whose African Giant album was recently nominated for Grammy carted home the award for Best Male Artiste (West-Africa) and Artiste of the year award.

Nadia Nakai from South Africa was also among artistes that won two awards in the categories of Best Artiste in African Hip-Hop and Best Female Artist in Southern Africa.

17-year old Nikita Hering from Kenya stunned the audience after carting away the awards for Best Female Artiste in Eastern Africa and Revelation of the African Continent award.

Amiinux from Morroco also bagged two awards in the categories of Best Male Artiste in Northern Africa and Best African Dance or Choreography.

Also in the category of artistes that went home with two awards was the Kenyan group, Sauti Sol, who won the award for Album of the year and Best African Duo, group or band.

Other artistes that bagged awards were :Ayodeji Balogun, popularly known as Wizkid, whose song, Fever, won the song of the year award and Tiwa Savage who won Best Female Artiste in West-Africa.

Kanve Adams from Liberia won the Songwriter of the Year award while Joseph Akinfenwa, popularly known as Joeboy won the award for Best Artiste in African Pop.

The event, which was hosted by South-African Host, Pearl Thusi and Comedian Eddie Kadi, saw the audience dancing to African music.

Some of the artistes that performed were: Teni, Joeboy, Skibbi, Sauti Sol, Nikita Kering and Awilo Logomba. (NAN)