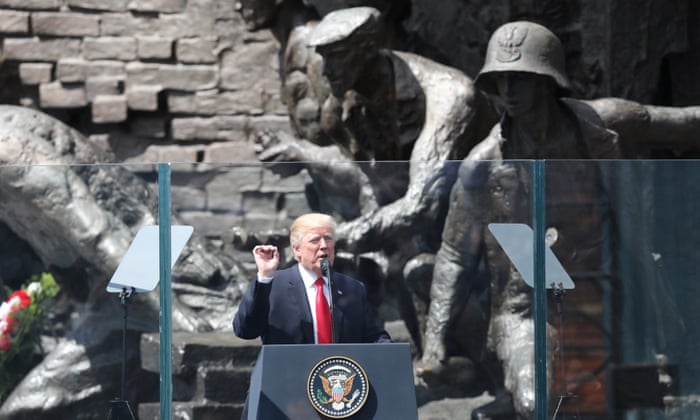 U.S. President Donald Trump on Wednesday is expected to address the U.S. troops stationed in Poland during his visit to the country, according to Polish Defence Minister, Mariusz Blaszczak.

Blaszczak said the address, coming after a deal in June to increase the U.S. troop presence in Poland, would take place in one of six locations where U.S. troops were to be stationed.

He said the increased U.S. military presence was a success for Poland and the U.S.

However, Trump was expected to visit Poland from August 31 to September 2. He was also expected to participate in commemorations of the 80th anniversary of the outbreak of World War II, September 1.

Trump and Polish President, Andrzej Duda, in June, signed an agreement to increase the U.S. military presence in Poland from 4,500 to at least 5,500 and place the leadership of a U.S. army division in Poland.

He said the military personnel in Poland would be taken from Germany or another location, as the U.S. did not want to send any additional troops to Europe.

Trump said Poland should be rewarded for hitting a NATO defence spending target of 2 per cent of GDP and criticised Germany for not reaching the goal. (NAN)