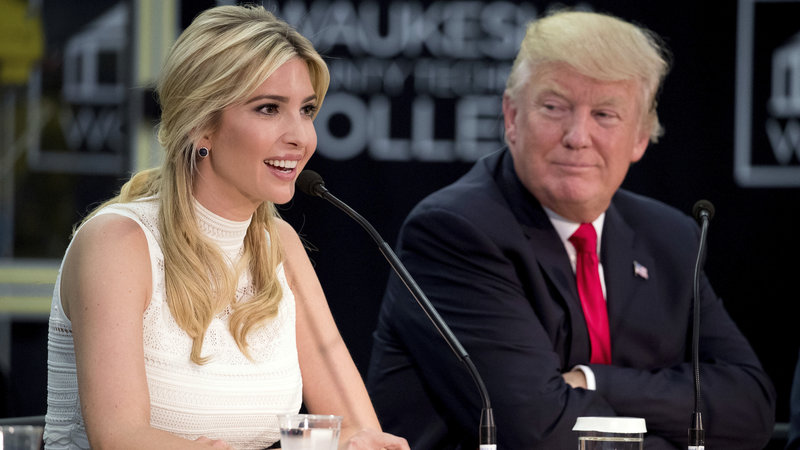 American President Donald Trump considered nominating his daughter, Ivanka, to head the World Bank, and she also would have been “great” as US ambassador to the United Nations, said in an interview published, on Friday.

“She’s a natural diplomat,” Trump told The Atlantic. “She would’ve been great at the United Nations, as an example.

“But if he had nominated his daughter — who is a senior advisor to the president — “they’d say nepotism, when it would’ve had nothing to do with nepotism. But she would’ve been incredible.

“I even thought of Ivanka for the World Bank,” Trump said. “She would’ve been great at that because she’s very good with numbers.

“She’s got a great calmness… I’ve seen her under tremendous stress and pressure. She reacts very well — that’s usually a genetic thing, but it’s one of those things, nevertheless,” Trump said.

Trump ultimately nominated Kelly Knight Craft, his envoy to Canada, to be the next US ambassador to the United Nations, while David Malpass, a senior US Treasury official, became the new head of the World Bank. (AFP)

MAN pledges to partner other stakeholders for viable manufacturing sector