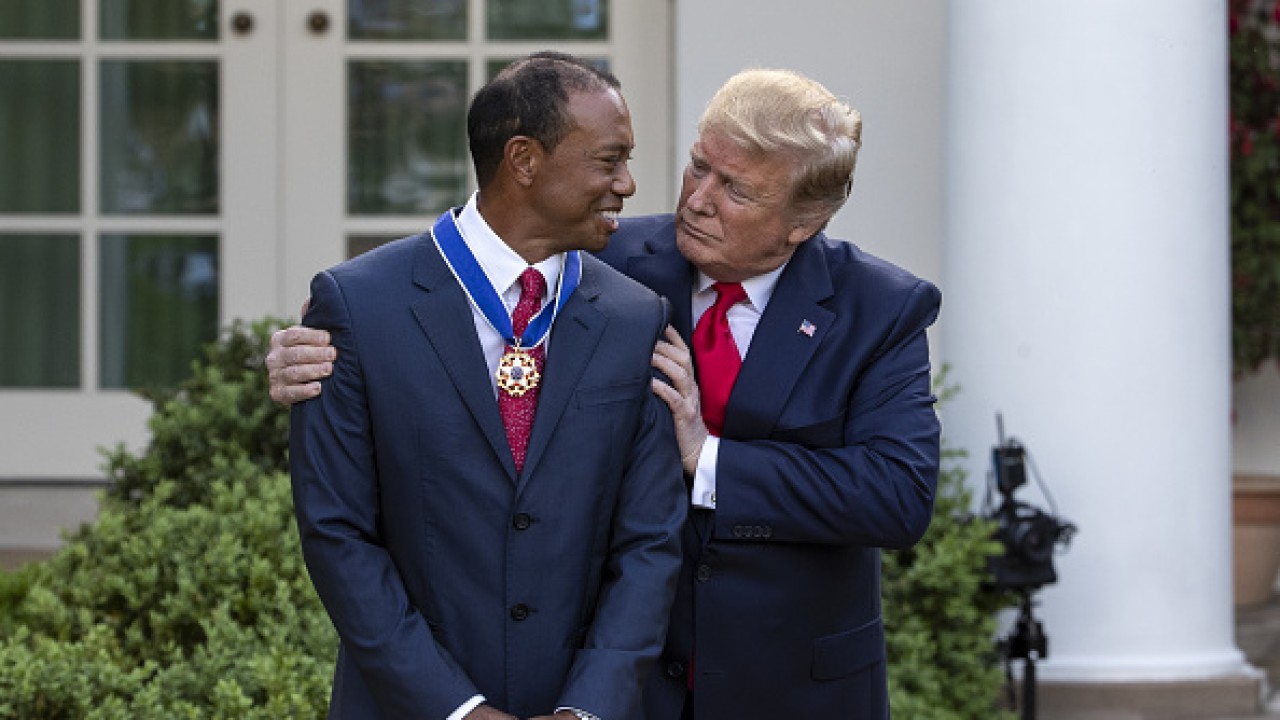 When Tiger Woods won the Masters on April 14, President Donald Trump declared he was going to award him the Presidential Medal of Freedom, and ordered his aides to schedule the event as soon as possible.

On Monday, Trump got what he asked for.

At a ceremony in the sun-splashed White House Rose Garden, Trump made the 43-year-old Woods the fourth, and youngest, professional golfer to receive the nation’s highest civilian honour, after Arnold Palmer, Jack Nicklaus and Charlie Sifford.

With 81 PGA Tour victories, Woods is one shy of Sam Snead’s all-time record, and with 15 major tournament victories, he trails only Nicklaus, who has 18.

But it was his dramatic Masters victory at Augusta National Golf Club last month, ending an 11-year major championship drought, that capped years-long comeback from injuries and drama in his personal life, including an arrest two years ago for driving under the influence.

Trump eagerly leapt onto the Tiger bandwagon. The two have played golf a number of times, most recently with Nicklaus in February at Trump’s course in Jupiter, Florida.

“He’s a great guy,” said Trump. “He introduced countless new people to the sport of golf, from every background and walk of life. … Tiger Woods is a global symbol of American excellence, devotion and drive.”

Woods, wearing a blue suit (not the Masters green jacket) was joined at the ceremony by his mother, Kultida, his two children, Sam and Charlie, his girlfriend, Erica Herman, and his caddie, Joe LaCava.

“You’ve seen the good and the bad the highs and the lows, and I wouldn’t be here without your help,” Woods said.

With the golf world wondering if he has enough high-level golf in him to match Nicklaus’ record of 18 majors, Woods left a clue as to his aspirations.

He described his recent Masters experience “certainly one of the highest that I’ve accomplished so far in my life on the golf course.”(NAN)

Protester charged in Australia for striking PM with egg

Expert advises patients suffering from whitlow to get treatment from hospital