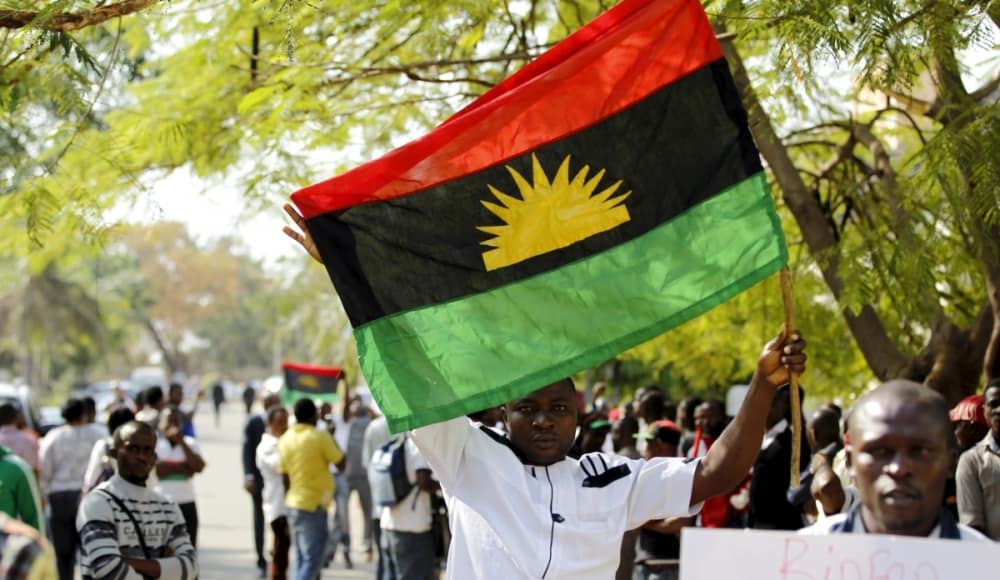 Ohanaeze to Buhari NEF, ACF: Speak out against killings of…

“IPOB is about to unleash its venom on the terrorist Ebubeagu for the countless massacre of our people, especially in Imo State.”

With above statement, the Indigenous People of Biafra, IPOB, has vowed to tango with Ebubeagu, the South-east security agency, alleging that the government-sponsored outfit is  responsible for the killings and harassment of innocent citizens of the South-east.

It further alleged that Ebubeagu was set up to intimidate and harass the people, resulting in depopulation of the youths and illegal detention and extortion of South-east residents.
READ ALSO: South East govs launch Security Outfit code-named ‘EbubeAgu’

The IPOB spokesperson, Emma Powerful, made the allegations and threats in a statement on Monday.

“We, the global movement and family of the Indigenous People of Biafra, under the command and leadership of Mazi Nnamdi Okwuchukwu KANU wish to state unequivocally and openly to all and sundry that IPOB is about to unleash its venom on the terrorist Ebubeagu for the countless massacre of our people, especially in Imo state,” the statement read.

“IPOB is very much aware that the murderous members of Ebubeagu were drafted from militants from the Coastal part of Biafra (South-South), Fulani bandits, and some notorious criminal Igbo boys.

“The objective for the creation of this murderous outfit is not to stop criminal activities but to harass, intimidate and depopulate innocent Igbo youths, which they have been doing unchallenged for a while now. This evil outfit conducts illegal arrests of people and extorts hundreds of thousands of Naira as ransom before their hapless victims are freed.

“Those who are not able to raise the thousands demanded of them for their freedom are killed. This murderous militia takes as much as N500,000 from their unfortunate victims. We have evidence of those they extorted to bail themselves with such exorbitant amount before they were freed.

“IPOB has the responsibility to defend our people and our land against invading terrorists. We are therefore declaring every Ebubeagu member a persona non-granta in Igboland. Going forward, IPOB leadership has given a matching order to ESN volunteers to go after the murderous Ebubeagu group and stop them from killing our people.”