Trouble brews at Arsenal over tactics

• As Man U go for new hitman 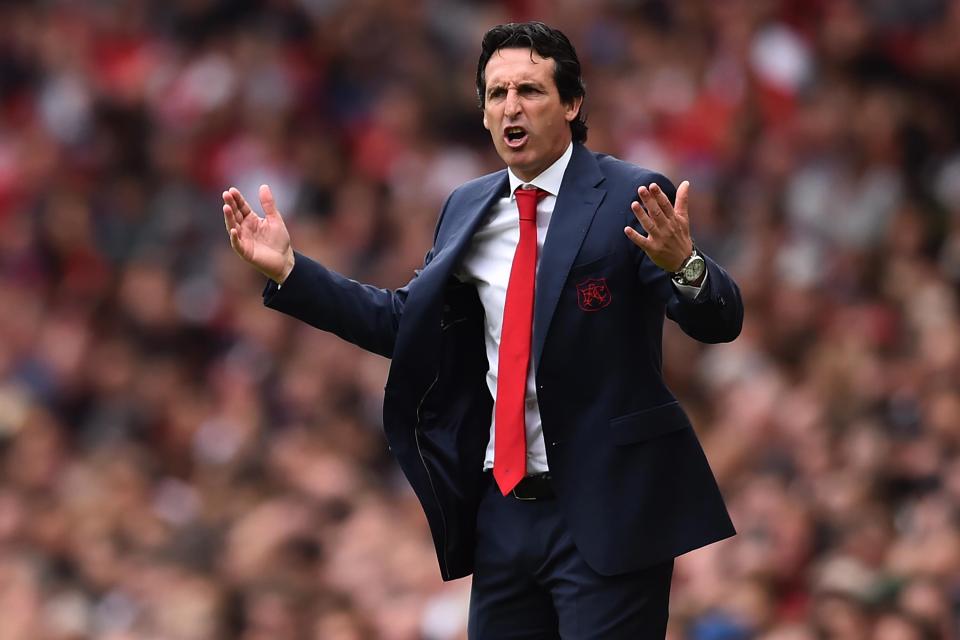 Arsenal manager, Unai Emery and his players may fall out, no thanks to the tactics of the Spanish coach which some of the players are not comfortable with.

The Mirror reported last week that Arsenal players are growing increasingly concerned about Emery’s tactics which they claim particularly saw them not rising to the occasion in the games against local rival Tottenham and league leaders, Liverpool.

While Arsenal could only manage a draw against Tottenham at the Emirates, they fell 1-3 away to Liverpool at Anfield.

According to Mirror’s report, Emery’s “narrow formation” in the game against Liverpool in August saw Liverpool’s strikers finding plenty of space to operate and score goals. The situation was said to have caused concern in the Gunners dressing room.

It would be recalled that the Liverpool duo of Trent Alexander-Arnold and Andy Robertson enjoyed an excellent game against Arsenal, finding plenty of space on the wings thanks to Emery’s narrow formation.

Arsenal players were worried about the fact Emery failed to see the danger of Liverpool’s full-backs or move to address it during the game.

Beyond the concerns about Emery’s tactics, the Arsenal squad are also said to be struggling to understand what their coach wants from them on the pitch due to his command of the English language.

Emery’s English and attempts to get his point across to his squad has even turned into a running joke among the players.

Arsenal will be tested at Anfield again this month (October) after drawing Liverpool in the fourth round of the Carabao Cup. Liverpool booked their spot in the next round with a 2-0 win over MK Dons, while Emery’s side produced a 5-0 rout of Nottingham Forest in their game.

Meanwhile, another troubled side Manchester United in a bid to solve their attacking problem have identified Lyon striker Moussa Dembele as a potential signing in January.

READ ALSO: I want to travel to America – Chidinma Ojukwu

Dembele is in top form so far this season, scoring six goals in six Ligue 1 appearances for Lyon. The Frenchman has been linked with United in the past, as well as Arsenal and Chelsea, and United have sent scouts to watch Dembele in action.

Representatives for the Manchester club were also in attendance for Lyon’s Champions League match against Zenit Saint-Petersburg last week. United are desperate for attacking reinforcements after injuries to Anthony Martial, Marcus Rashford and Mason Greenwood.

The summer exits of Alexis Sanchez and Romelu Lukaku have left United light in the forward department and the club’s Ole Gunnar Solskjaer led technical crew believe the arrival of Dembele in January would solve that problem.

It would be noted that United considered moving for Dembele in the summer, but decided to focus on primary targets like Harry Maguire and Aaron Wan-Bissaka.

The Red Devils have been tracking Dembele since his days at Fulham and believe he could adapt quickly if signed in January.

Has Oride pushed Gokada out of the market?