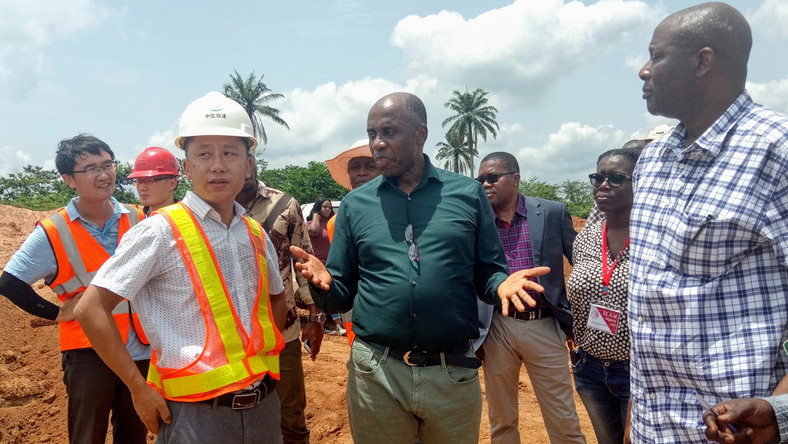 The Ministry of Transportation is seeking President Muhammadu Buhari’s approval for the rehabilitation  of the Port Harcourt – Maiduguri  narrow gauge.

Minister of Transportation, Rotimi Amaechi, told newsmen in Abuja that while waiting to get the loan to construct the standard gauge, it would be easier to commence rehabilitation of the narrow gauge lines.

The News Agency of Nigeria (NAN) reports that the President had earlier given approval for the construction of the standard gauge, the seaport in Bonny and Port Harcourt industrial park. Amaechi said: “If we start pursuing the money to construct Port Harcourt -Maiduguri now in case of loan,  we may not get the loan easily.

“So why not give us permission to do two things at the same time. While looking for the money for the standard gauge, allow us to rehabilitate the narrow gauge.

“In the ministry we thought, why not rehabilitate the narrow gauge, rebuild the stations, extend to Damaturu  in Yobe  and extend to Bonny in Rivers so we can bear it pending when we get the money  for the standard gauge,” he said.

On the Ibadan to Kano railway project, Amaechi reiterated that the contract had been awarded and the ministry was awaiting the funds from the Ministry of finance to commence construction. He added that the ministry was also compelling the contractors to finish the project which was to last six years in three years to enable president Buhari commission the project before leaving office in 2023.

Speaking on the passenger surge on the Abuja-Kaduna railway route,  the minister said more coaches had arrived the country to ease the surge.

“The coaches are in the country, but they’re having transportation problem.

“I requested for approval for CCECC to transport them to Kaduna, I hope they won’t argue about the transportation of those coaches to Abuja.

“Ten Coaches are expected on the Abuja -Kaduna rail line, comprising of two locomotives (diesel motorcars unit) and eight coaches, while the other ten will be used for the Lagos -Ibadan railway,” Amaechi said.

The minister said that work was moving rapidly on the Lagos -Ibadan railway project , adding that in the next three to four weeks,  the first contract should be completed. NAN reports on November 22, 2019, Amaechi told newsmen that the Federal Government has started negotiations for the commencement of the construction of the Port Harcourt to Maiduguri rail line.