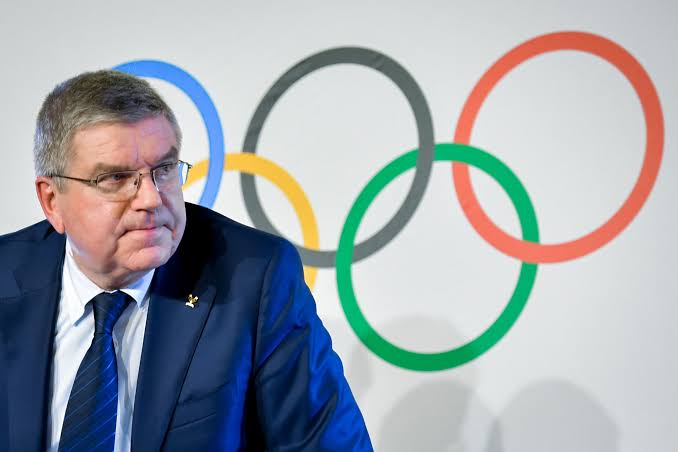 By George Aluo
The International Olympic Committee (IOC) has set up a special task force to organize the boxing events of the Tokyo 2020 Olympics following the suspension of the International Boxing Association (AIBA).
The task force to be chaired by International Gymnastics Federation President Morinari Watanabe, will also be tasked with organising the boxing qualification system.
Qualifying events are set to take place between January and May of next year.
Exact weight categories for the men’s and women’s events have not yet been confirmed, however, meaning the uncertainty for boxers hoping to compete at Tokyo 2020 will continue for even longer.
The IOC has set a deadline of the end of next month for this to be put in place, while a review of quota places will also be carried out.
IOC President Thomas Bach insisted the Executive Board “could not have gone any further” in their sanction against AIBA, claiming they could not “pre-empt the recommendation” of the Inquiry Committee, chaired by Serbia’s Nenad Lalović.
Professional boxing organisations could be among those the taskforce would contact to help run boxing at next year’s Games, Bach revealed, but who will be in charge of organising it remains unclear.
The IOC revealed only that it would be “organised following guidelines established by the IOC Executive Board”.
“This is a very good day for boxers because now they know there will be an Olympic boxing tournament in Tokyo and there will be a qualification system,” Bach added.
“All the partners involved will do everything to ensure this will be a safe and fair competition.”
The decision to suspend AIBA was taken after a six- month investigation launched amid concerns regarding its governance, finances, refereeing and judging.
In its full decision, the IOC Executive Board claimed the current situation of AIBA “is such that its practices and activities continue to fall short of full conformity and compliance with the Olympic Charter and the IOC Code of Ethics”.
The IOC warned that the activities of AIBA presents serious legal, financial and reputational risks to the IOC and the Olympic Movement.