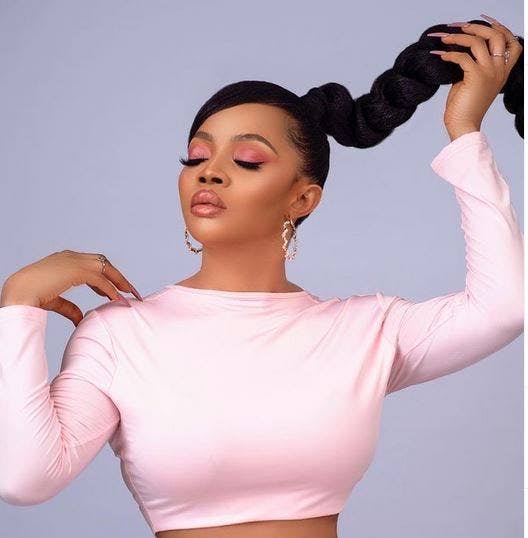 OAP, Toke Makinwa is set to host the revamped reality television show, Gulder Ultimate Search as it makes a comeback after several years of break.

But some Nigerians think she is not good enough for the show that has held them spellbound for many years as the show is held in thick forests in Nigeria.

According to them, she has no experience hosting such a show with a national appeal.

Others have come to the defence of the famous radio host, saying she should be given a chance to prove her mettle.

Former host of another popular television show, Who Wants To Be A Millionaire, also returning to the TV screens after many years, Frank Edoho, slammed those criticising the choice of Toke Makinwa.

The renowned television host said Toke Makinwa is a talented host and should be allowed to prove she can do the job.

“I see some people getting irked about Toke Makinwa’s selection as the host of the Gulder Ultimate Search. Hate her all you like, but she remains a very talented Presenter, who most people look forward to seeing when the show kicks off.o Don’t let hatred choke you!” He said.

One person said Nigerians should support her as she handles what many say is her biggest opportunity yet.

“Toke Makinwa may not fit into your ideal host for Gulder Ultimate Search but we have to give her a chance and support her. There is a 1st time for everything.

No one was born or created as a GUS host from the womb.

You guys should allow @tokstarr to breathe please”.

Another said: “Toke Makinwa will definitely increase anticipation and eventual viewership for the show. The exact reasons Nigerian Breweries wants her in. Mad strategy!”

The Gulder Ultimate Search is returning after many years of hiatus.

I’ll not accept any opposition in Edo PDP – Gov. Obaseki