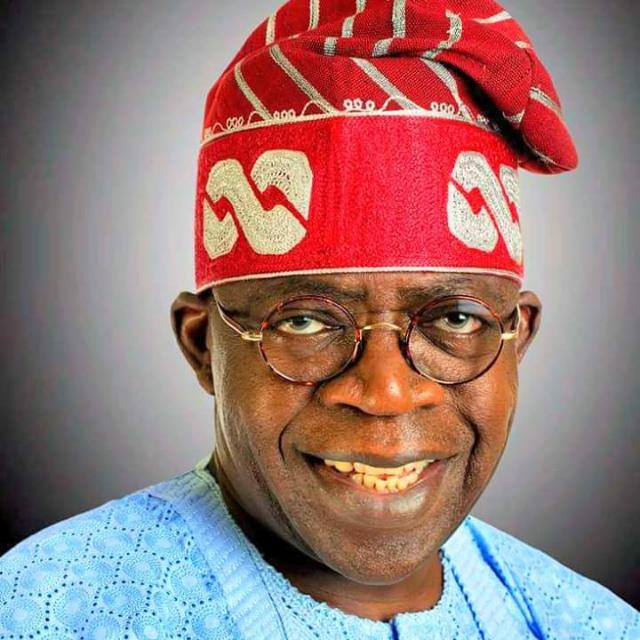 Presidential candidate of the All Progressives Congress (APC), Asíwájú Bola Tinubu, has promised the people of South East geo-political zone massive economic development and forward looking government that will assuage the past difficulties of the region.

Tinubu spoke, on Thursday, in Owerri, Imo State capital, during a Town Hall meeting with leaders of the private sector and trade associations.

The APC standard-bearer was responding to the remarks of Ebonyi State Governor, Engr. David Umahi, who said the Southeast had been neglected and abandoned since the end of the civil war, asking what Tinubu had in stock for them.

Before his response to Governor Umahi, the APC presidential candidate thanked Imo State Governor, Hope Uzodinma who is also the Southeast Coordinator of the Tinubu/Shettima Campaign for facilitating the town hall meeting.

Asiwaju Tinubu used his address to comprehensively address the issues raised by Ebonyi State Governor and other development challenges of the old Eastern region first by recalling his experience as a son brought up by a mother who was a trader and market leader.

Tinubu said based on his  experience and the lessons learnt, he understands the challenges traders, business owners and people of the South-East are going through.

Tinubu said about his mother: “She gave me the grit and determination which has served me well in politics. More important, she taught me that patience, wisdom, tolerance and generosity are the hallmarks of a good leader, be they a market leader or a candidate aspiring to the highest office of the land.”

On his plans for the Southeast after becoming Nigeria’s president from May 29, 2023, Tinubu said new industrial hubs would be created in Aba and Owerri, while already existing ones would be modernized.

He also spoke on making  access to credit facilities available to the traders across the region and the country in general.

“My government shall build an economy with a growing industrial base, more and better jobs for our youth and more high-quality home-grown goods to sell and merchandise.

“We shall establish industrial hubs throughout the nation and modernize existing ones. We will encourage and facilitate greater production in places like Owerri and Aba. At the same time, we shall broaden opportunities for you to engage in more international commerce by steering more activity towards ports outside of Lagos such as Onne.

“My administration will establish policies that widen your horizons and expand your business reach both in terms of the goods you sell and your geographic reach to new markets.

“Working with the state governments, the CBN and banking industry, we shall embark on a two-pronged credit revolution.

“First, on the sale and supply side, we shall seek to drive down interest rates on business loans, especially for investment in manufacturing as well as small and medium sized enterprises.

Don’t succumb to use of propaganda to set Ebonyi on fire, Eze tells…

“Second, we seek to make consumer loans more available. This will allow more people to afford and buy more high-quality goods from you. By empowering the consumer, we increase economic activity and prosperity for the overall economy as well as for your individual businesses.

“We will put in place policies that will boost trade and commerce. We will solve the forex crisis and ensure that traders like you have easy access to a unified forex market.

“We shall seek to revive struggling industries in this region and throughout the nation.

“Working with governor Uzodimma, we shall continue to push to return Avutu Poultry to its status as a world class poultry farm. This will increase food and nutrition while creating jobs and giving us a chance to open new markets. Ada Palm can, once again, become a fulcrum of job creation and foreign currency earnings.”

On infrastructure development, the APC presidential flagbearer said the Sam Mbakwe International Cargo Airport, Owerri would become fully operational to help large-scale movement of goods across the region while priority would also be placed on the completion of the Abakaliki-Benin section of the rail project, integrating the Southeast to the national rail system.

“Our national infrastructure plan shall pay great attention to roadways eaten by erosion and flooding. We shall give traders the sound roads they deserve in order to move goods for the benefit of the rest of the population.

“For those of you in the agricultural sector, commodity exchange boards and other measures will be established to better link local markets and farmers with the global economy while also assuring them minimum prices for their harvests.

“We can hold to little of these good economic things without adequate peace and security. Our response to terror, kidnapping and violent criminality includes increased manpower, better communications and mobility equipment and training,” Tinubu added.

The former Lagos State governor also didn’t fail to mention that he would work towards integrating all regions in the country to ensure Nigeria continues to remain in unity.

“For me the unity of this nation is sacrosanct, it is non-negotiable. However, I realize that many people have genuine and painful grievances in need of fair and durable resolution.

“My government will be comprised of people from every section of the country and ready to discuss legitimate grievances with those in search of a peaceful resolution.

“Our nation is still in its infancy compared to other nations. I am proud of how far this nation has come. I also understand the great strides still to be made if we are to build for ourselves a nation of democratic good governance, development, justice, and unity,” he said.

Governor Uzodimma said the TownHall meeting was a deliberate strategy of the APC candidate to interface with the business leaders and trade associations in the Southeast so he can factor their positions and views in the business of government when elected.

APC Chairman Abdullahi Adamu said he was at the event to demonstrate that the APC is with the Southeast people and will not forsake them if they vote to entrust the next 4 years in the hands of the party.

Don’t succumb to use of propaganda to set Ebonyi on fire, Eze tells APGA, guber…