Expansion joints to be repaired early 2019, says Controller of Works 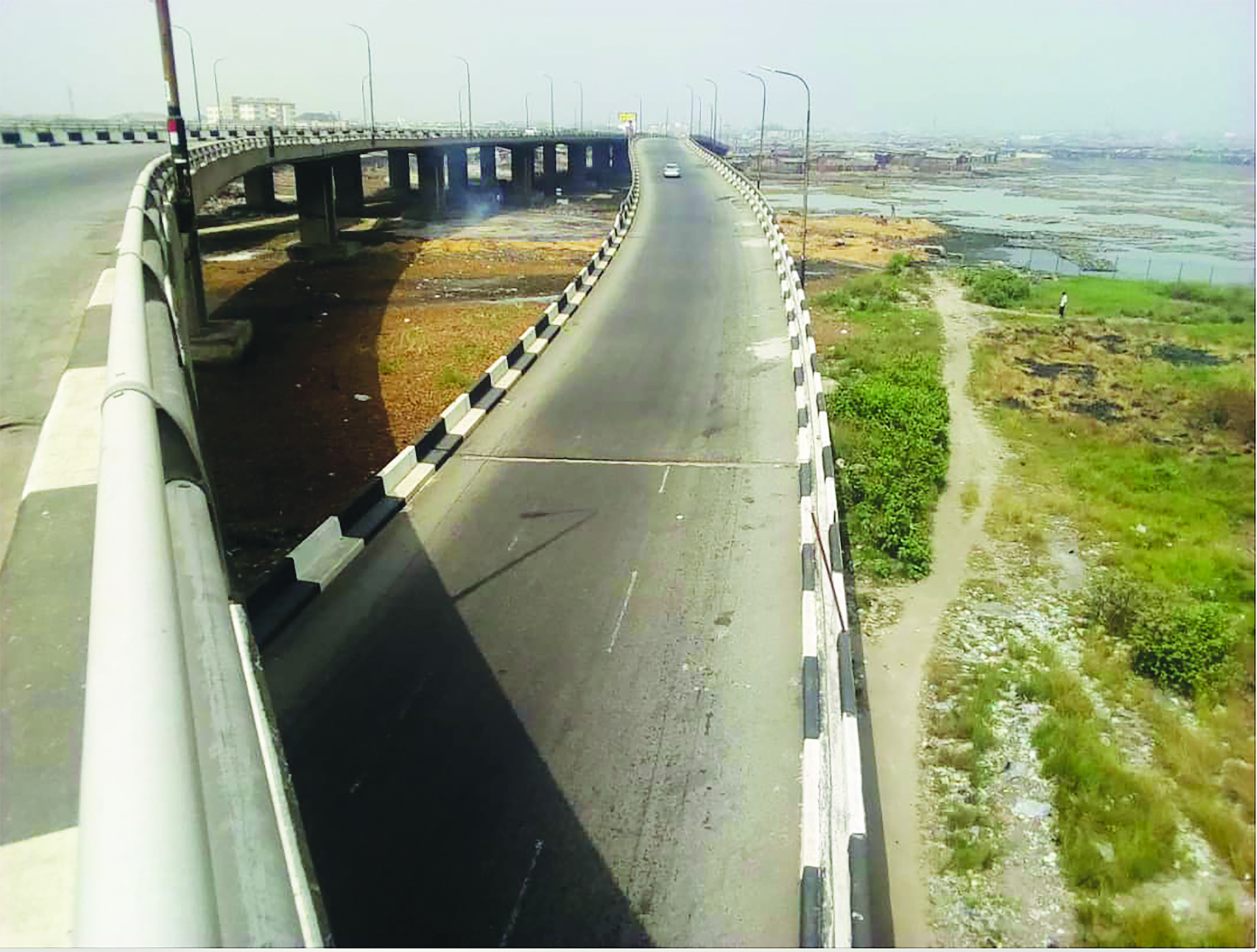 Fire on the mountain, run run run! Perhaps, this nursery rhyme aptly suits the condition of the popular Third Mainland Bridge in Lagos. Disaster now looms on the bridge and if nothing urgent is done, some sections of the bridge, especially at the Oko Baba, Ebute Meta axis, could cave in any moment.

Usually, vehicular movement on the Third Mainland Bridge is always swift and pleasurable for both the commercial and private vehicles except on few occasions when there is traffic gridlock.

However, it is a different experience for motorists plying the bridge from the Oko Baba, Ebute Meta axis. The bridge is in a bad shape, as large portions of it have remained unmaintained for several years now, according to eye witness accounts.

When The Nigerian Xpress visited the bridge, it saw the damages done by the absence of repair works. Ascending the bridge from Ebute Meta, one could notice that the points where steel and irons used in constructing the bridge intersect had loosened, leaving gaping holes on the bridge, practically begging for urgent repairs.

The situation is one of disaster waiting to happen. As a matter of fact, those sections may collapse any moment, as even the concrete beams have cracked and developed palpable signs of weakness. This poses grave danger to lives of motorists and many people, eking their living underneath, and those who have made it their home.

The worst part of the damage is at the Adekunle interception enroute Adeniji Adele where large portions of the joints connecting the steel and rods have greatly disconnected from each other. If you are

under the bridge, you will feel the bridge wobbling, as the vehicle plying overhead run into potholes on the bridge. This creates fear and trauma with a feeling that the bridge could collapse, as vehicles speed across the badly damaged portions.

Reliving their experiences on the bridge, commuters said if not for lack of alternative routes to the Island from their locations, they would have stopped using the bridge for the sake of their dear lives.

A motorist, Mr. Oluwagbenga Morakinyo, deplored the state of the poor condition of the bridge, saying it had been in that state for many years. He urged the government to fix the bridge before it becomes impassable, a situation that would affect the economy of the state.

“It has been like this for long, there are potholes on the bridge because there is no maintenance work on it. The government should assist us to fix the bridge so that it can be favourable to all of us,” he said.

A busy motor mechanic who is trying to fix a faulty car on the bridge, simply said: “I am busy but the bridge is bad and needs urgent repairs.”

An old man, who prefers anonymity, informed The Nigerian Xpress correspondent that the bridge became badly damaged when the plank market under it was gutted by fire some five years ago. The man revealed that the plank market, which hitherto was directly under the bridge was moved away after the fire incident to prevent future occurrence and safety for the lives of the plank sellers, as the bridge could collapse anytime because of the state of damage on it.

A plank seller under the bridge, Idowu Sule, told The Nigerian Xpress that the damaged portion of the bridge has been there for many years now, asking the government to quickly come to repair it in order to avoid unforeseen circumstance.

“The bridge has remained this way for over 10 years now from my observation. Though we have not seen any accident on the bridge but the problem there is that each time a lorry or long vehicle passes

through the bridge it ‘bounces’ which usually scares many of us. We want the government to repair it, if not, sooner than later, the bridge might collapse,” he said.

Sule also corroborated the old man’s words that after the fire incident from the plank market where millions of naira was lost into the fire, the chairman of the market whom he simply identified as Oga.

Miracle, ordered them to move away from under bridge to prevent future occurrence.

“Since the plank market caught fire some years ago, the leader of the market instructed us all to move away from the bridge so that nobody would be affected again, especially that we have seen that the bridge has opened up from the coach, which we believe could collapse any time. We don’t want this to affect anyone of us. That is why the chairman asked us not to have our shops under the bridge again; we complied quickly because we don’t want government sanction, which may affect our business, this is where we make our living,” he said.

When our correspondent contacted the Lagos State Federal Controller of Works, Mr. Adedamola Kuti, he stated that repair works had started. He disclosed that asphaltic overlay on the bridge from the Oworonshoki axis and promised that his men would confirm the Ebute Meta axis and what must be done to fix the bridge.

Mr. Kuti added that works would begin on the expansion joints of the bridge early this year, stating that his men were on ground to fix bad sides of the bridge.

“The bridge is already under maintenance. We have already started asphaltic overlay from the Oworonshoki towards Adeniji side. We are starting serious work on the expansion lane early this year as soon as we have an investigative test; even though we didn’t come towards Ebute Meta but I will confirm that and what need to be done would be done,” he said.