‘The whole world is laughing at us’, Ezekwesili tells Buhari after Kankara schoolboys’ return 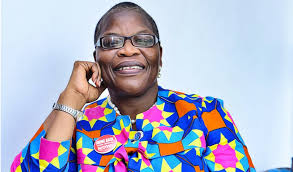 A former Minister of Education, Oby Ezekwesili, has taken a swipe at the President over the recent abduction of hundreds of students from the Government Science Secondary School in Kankara, Katsina State.

She believes there is a problem President Muhammadu Buhari needs to address, saying the countries around the world think Nigeria is a joke.

“He (Buhari) needs to tell us exactly what happened with the Kankara kids; there is a problem here,” Ezekwesili said during an interview on Channels Television’s Politics Today on Friday.

She added, “This country should not be taken for a ride by President Buhari and his government; This is very unbecoming and the whole world is laughing at us. They think we are jokers.

“Many countries did not even bother to show that anything had happened in our country because they felt who are these people and what are they doing to themselves?”

The former minister, who is also a co-convener of the Bring Back Our Girls (BBOG) campaign, noted that the return of the schoolboys was a welcome development.

She queried how it was possible for the abductors to storm the school and kidnap children of such a large number without any form of signal that such an incident was about to happen.

A visit to the terrorists?

Ezekwesili also wondered how governmental systems were unable to alert anyone that the children had been carted off from their school, saying the same question was asked when the Chibok girls were taken in 2014.

She stressed that neither the President nor the authorities deserved to be commended, claiming that they created the problem in the first instance.

On the return of the students, the former minister stated that there was no cause to celebrate but to be thankful for their lives.

She alleged, “One thing I don’t do in life is to pretend; for us to congratulate a government that created a problem and said it solved it, we shouldn’t be doing that, this society should learn how to hold people to accountability.

“The President should be disgusted with what happened, not commending himself. What is he clapping for? Those children were put in harm’s way, and now you say you have rescued them?”

“Maybe the President sent the young men on an excursion to terrorists and now he probably has a lifeline to terrorists so they can release children at will to him.

“So, let nobody ask anybody to clap; the only thing we should do is thank God for the children and their parents, they should not do this to little children,” Ezekwesili insisted.