The rise and fall of BBNaija’ s Tacha 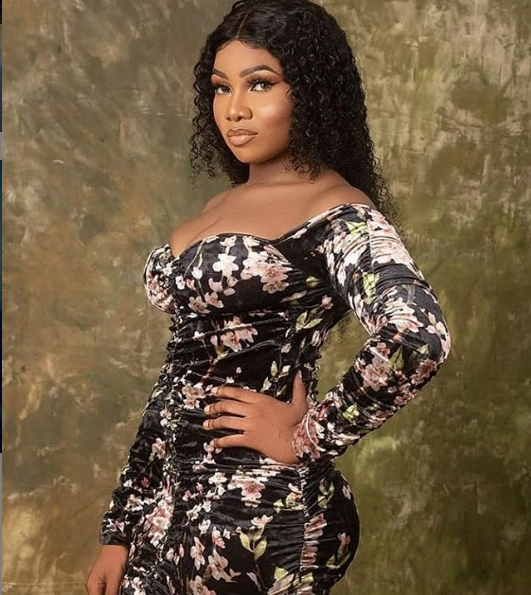 In spite of her massive votes that daily gave her confidence of emerging winner of this year’s N60 million prize of the Big Brother Naija’s TV reality show, 23-year-old Anita Natacha Akide and her teeming fans got the shock of their lives when she got disqualified from the show last Friday. MUTIAT LAWORE highlights reasons behind the sudden development and reactions of Nigerians.

Unlike her fellow housemates, who got evicted for lower votes from the general public, the organisers disqualified Anita Natacha Akide.

Tacha, as she is popularly called, had continually led the top of the voting chart every Sunday, the eviction day of the show, even when she was always put up for eviction by the housemates for one reason or another.  This fact has largely given her the confidence that she was going to be the winner. To drive this point home, the Cross River indigene would at every opportunity shout ” No leave, no transfer,” a slogan she came up with to tell her fellow housemates of her determination to remain in the house till the 99th day come rain, come shine.

She, however, ran out of luck when she got entangled with Mercy in a prolonged fight last Friday who complained of her body odour, which of course, got her angry.

The fight, which led Tacha to pull Mercy’s hair twice after several rounds of name calling, made both to break the standing law of Big Brother that forbids housemates from any form of violent fight.

But for the intervention of the male housemates, the quarrel would have culminated into a real strèet fight. Even when summoned to the ‘diary’ room by ‘Biggie’ Tacha, out of anger, refused to respond.

Even before Big Brother’s judgment, some supporters of Tacha, who obvìously were disappointed at her attitude, had begun to back out. Examples were popular relationship expert, Blessing Okoro, Blogger, Stella Dimorkor, amongst others.

Her uncontrollable anger tantrums, disregard of others, including rules of constituted authority were some of the excesses that worked against her.

After playing clips of the fight to the entire housemates that evening, Tacha was disqualified, a verdict that is most dreaded by every housemate because she will never be allowed to participate in the show ever again.  Mercy on the other hand, was issued two strikes, meaning that she is likely to be disqualified if she is found guilty of violating any rule guiding the show.

Meanwhile it is pertinent to note that this was not the first time Tacha would be involved in a physical fight with her fellow housemates. Some Nigerians spoke with The Nigerians Xpress. One of the evicted housemates, Jackie said, “When I said she is a walking time bomb, you all trolled me. Look at it now. She did not see the 99th day she always wanted. Anyway, I wish her all the best and hopes she becomes a better person.”

Actress Uche Jumbo Rodriguez said, “Tacha has been disqualified, which I am sure is no longer news. But what did this teach you, yes, you?”

One of the viewers of the reality show, Abraham Oyelade, wrote: “Tacha, too bad. Getting evicted would have been better for her than being disqualified.”

Popular blogger, Kemi Olunloyo who had always not favoured Tacha’s attitude has this to say. “I created this Meme of OPPO mobile’s mascot annoying Tacha. I even said she should kick it, now; she has been kicked out, disqualified. She can fix the behavioural issues, a lesson to all. No leave, No transfer, entire life,” were her favourite words.”

Another viewer, Dr. kola Ibrahim, said had Tacha won the N60million in spite of all, he would have been disappointed in the organisers of the show. “Now I know that responsible people are behind BBNaija. If they have kept that girl and allow her win for her votes, it would have been a shame because not only would they have projected the show as unintelligent and immoral, they would have also misrepresented the country in the outside world and wrongly influenced our youths. So, I say kudos to those behind the show.”

For those who have been following Simply Tacha on social media, this housemate will not be strange to them on the screen. Tacha has always been famous on Instagram as a social media influencer, who sells lingerie and other beauty products. One peculiarity of her social media brand, however, is her niche for body exposure, which she had described as her major way of passing her message across to her potential clients.

As a diehard fan of OBO, David Adeleke ‘Davido’, the 23-year-old, who loves to call herself Port Harcourt’s first daughter, came into prominence after getting a tattoo of Davido’s OBO crest on her cleavage. This single decision got her an attention from the singer with an Instagram follow. She has since maintained the relationship with the singer’s crew and others like Naira Marley, Bobrisky, Moesha Buduong and Wofai Fada, Twyse, Nkechi Blessing Sunday, Jarume Empire and Davido’s brother, Adewale Adeleke.

Tacha, at one time worked herself into prominence when she allegedly staged her own kidnap as well as release. Although she has neither confirmed nor denied the allegation, this single action has worked positively for her, as this gained the attention of many Nigerians, who ordinarily had not heard her name from anywhere before.

For instance, Tacha , according to one of her videos on Instagram,  has 35 strokes of stretch marks on her boobs and she conveniently displays this, as she pleases.

Part of her daring trait was what she displayed when one of the grandsons of the nation’s legendary leader, Seyiloore Awolowo, won the Head of House, HOH, for the second time and he asked her to share the secret room with him and she publicly and instantly declined. Tacha is bold and has a defined mindset.

The Pepper Dem edition will not be forgotten easily, most especially the several fights, backlash by fellow housemates. It is pertinent to note that Tacha has recorded the most fight with fellow housemates that include Mercy, Seyi, Elo, Mike, Diane, Omashola and Cindy, to mention just a few.  Although she had apologised, she had been guilty of being rude to even ‘Biggie”, a major determinant of her sojourn in the house. At a point, Tacha, who had obviously forgotten that she was wearing a microphone was queried by ‘Biggie” on why she was not wearing her microphone and she silently answered him with “Y has a long tail”. This did not go down well with “ Biggie” and some viewers, who described her utterance as insulting.

For her constant outbursts and unruly attitudes, the Cross River-born lady earned herself two strikes before last Friday’s fight and promised to behave better. But because the strikes were cancelled, it appeared she threw caution to the winds.

Now that the Port Harcourt’s First Daughter has been literally disgraced out of the BBM house, the question on the lips of many Nigerians is who goes home, as the winner of  the 2019 cash prize of N60 million out of the remaining housemates?

Marine Vessel Categorisation: Why we partnered with NIMASA, NIWA –NCDMB

How FG blew 2.3 trillion on subsidies in 3 years –PwC