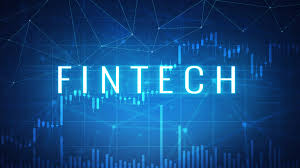 Would you bank with a bank solely owned and operated by tech giants like Google, Facebook, Amazon and Apple?

What if these tech behemoths decide to take the plunge and dive deep into full banking operations in Nigeria, what would the future look like for traditional banks?

For starters, Google has started offering checking accounts in partnership with other banks while Facebook will launch its digital currency in 2020. Facebook’s digital currency launch promises to revolutionize the future of payments, using its Libra cryptocurrency.

It is a season of fintech boom in Africa, especially in Nigeria.

In Nigeria, fintech isn’t so much disrupting traditional financial services as building up a historically underdeveloped industry. By creating a raft of tech-based products and solutions, including mobile money, online payment processing, lending, and investing, these startups are plugging large gaps that exist in local financial service industries.

Fintech is a combination of “financial technology” used to describe largely consumer-facing, often mobile-phone-based services, according to Quartz Africa.

With around 60 million of the adult population in Nigeria remaining unbanked, the emerging industry has a huge opportunity to drive financial inclusion outside of traditional banking systems. In Kenya, M-Pesa’s mobile money service has been a runaway success. It allows users to pay bills among themselves, through mobile phones or an agent network, whether or not they have bank accounts.

A country full of new customers

Stripe and Visa both led an $8 million Series A round in Paystack, a Nigerian online payments company while Mastercard participated in a $20 million Series A extension round in Flutterwave, a major Nigerian payments solutions startup. As part of the round, former Visa CEO Joseph Saunders also joined the company’s board.

While there’s the view that global payments giants are looking to cash in on possibly profitable exits, Nigeria’s Victor Asemota, a veteran investor in African tech startups suggest these are long-term plays.

“They are all looking for market share and not exits,” he says.

One of fintech’s biggest successes across Nigeria has been improving access to credit. Thanks to digital lending apps, which provide quick loans and determine creditworthiness scores by scouring smartphone data including call logs, contact lists, GPS data, and texts, users can look beyond traditional banks to access credit.

But there’s just one problem. There’s growing evidence that the ease of access to quick, digital loans is leading to a spike in personal debt. And as lending apps jostle for market share and revenue from interest payments, there are fears they will inadvertently prod users towards indebtedness and poor spending choices.

The commodification of user data is also raising concerns around data privacy and ownership. The scrutiny is starting to result in partial clampdown measures. Kenya has passed new EU-inspired data protection laws and Nigeria merely ratified hers while Google announced in August that it will bar lending apps that promote personal loans which require repayment in two months or less.

Fintech is building a banking infrastructure across Africa, but it needs a reliable map to pull this off. Many countries lack robust systems of street names and home addresses outside of commercial centres like Lagos, Kano, Abuja and others, a challenge for e-commerce, so some are turning to virtual systems for that infrastructure as well.

Nigeria’s mail system, NIPOST, has rolled out an Uber-like feature for addresses. Its Address Verification System uses a combination of mobile numbers, geo-tagging, and photographs to establish a user’s address, verified by local agents.

China competing with China in Nigeria

Yes, China’s vast presence in Africa extends to the continent’s most promising start-up sector too, apart from seeking to have a foothold in her infrastructure systems.

In Nigeria, OPay, incubated by the China-owned, Norway-founded Opera browser is going up against PalmPay, a subsidiary product of China-based Transsion Holdings, Africa’s top phone maker.

Both startups are taking full advantage of their mothership companies, too.

OPay is riding on the popularity of the Opera browser, the second most popular in Africa behind Google Chrome while PalmPay will come pre-installed in Transsion’s fast-selling smartphones.

And if there’s still any question as to how seriously China is going after Nigeria’s payments market, consider that in the space of five months, OPay and PalmPay have jointly received $210 million in funding from Chinese investors who are likely hoping to replicate the successes of Alipay and WeChat Pay in China.

Despite the tremendous possibilities for financial inclusion, fintech startups may yet be hamstrung by stiff regulation.

Last year, Nigeria’s central bank set off alarm bells for fintech startups with a draft of a policy proposal to raise the minimum shareholder funds to a range between $275,000 and $14 million for fintech firms seeking licenses, which could prove a serious barrier to entry.

The apex bank couched it as a move to address “existing risks” as new companies emerge and operate parallel to the traditional financial services sector.

But industry insiders see it as symbolic of how several governments on the continent, not exactly known for fostering innovation, may limit tech-driven financial inclusion with red-tape.

Timelines of fintech operations in Nigeria