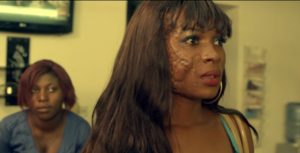 Some film critics say ‘The Delivery Boy’, a film that explores the back story of terrorists, deserves the Oscars and other international awards.

‘The Delivery Boy’ is the story of a runaway teenage suicide bomber (Jammal Ibrahim) and his newfound ally, a young prostitute (Jemima Osunde) who must rely on each other to survive the night.

Following a screening of the film in Abuja, critics noted that a lot of planning in terms of cinematography, scripting and acting had gone into the film.

They added that the film was world standard and has set the bar high for Nigerian movies that will debut in the cinemas in 2019.

Tokoni Bozegha said, “everything in this movie is as great as what we see in Oscar-winning movies. This is great material and Nodash should be applauded for making an amazing film.”

David Arinze said, “The message was effectively communicated with clarity. Alot of things stood out for me. From the quality of the sound effects, the picture quality, the props and makeup.

“Indeed the Director, Nodash has created a multiple award winning movie. Quite an Informative one. Kudos,” he said.

Also, Daniel Eronini said, “ The story line is top notch. When I saw.the title, I was expecting a normal act as per nollywood but I got grips every scene and felt the suspense.

“Big ups to the director, Nodash. If this movie does not win an award, I will do the ‘Kanye West’,” he said.

NAN reports that critics also praised the acting despite the fact that there were no big stars in the movie.

Ejike Manny said, “Are we just going to overlook the fact there was no major Nollywood name in the movie the delivery boy?

“Moral of the story is you don’t need major names to execute a great movie. You just need a great story and execution,” he added.

The impact of the story line in the society was also debated. Critics noted that the movie was timely to show the human activities that lead to terrorism.

In the movie, the main characters search for answers to situations that made them who they are. They are both running out of time and soon realise they need each other to achieve their goals.

Their journey takes them through the underbelly of the city exposing the hidden backside of the African society and its dangerous culture of silence in the presence of evil.

Speaking with NAN, Nodash stated that the post-screening debate was an important part of the movie as it encourages discussions on ways to move forward with the lessons learnt.

READ ALSO:God will soon expose those who rigged me out of senate- Akpabio

He said, “There are many issues in the film that I put out but did not give an opinion. I left it for the audience to fill in.

“I feel like a lot of the issues in the film can’t be concluded because they are inconclusive.

“I would like the audience to take those things and have discussions about them – online or offline,” he said.