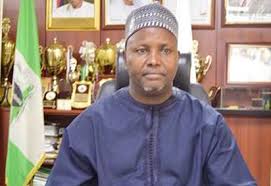 Executive Secretary of the Tertiary Education Trust Fund (TETFund), Dr. Bichi Baffa, may have been relieved of his duties. His removeal may have received the blessing of President Muhammadu Buhari.

Baffa was said to be have been replaced by the a former Executive Secretary, Prof. Elias Suleiman Bogoro.

Baffa, who was an aide to the Minister of Education, Mallam Adamu Adamu, was appointed the head of TETFund alongside 14 other heads of parastatals in the education ministry on August 2, 2016.

A reliable source confirmed that lately, Baffa had been having misunderstanding with the Minister of Education, Mallam Adamu Adamu, particularly as it concerns the 2019 intervention.

He was said to have disregarded the Minister in virtually everything happening in TETFund, particularly in the intervention to institutions.

This was in addition to his deep and open involvement in political activities ahead of forthcoming elections in Kano state.