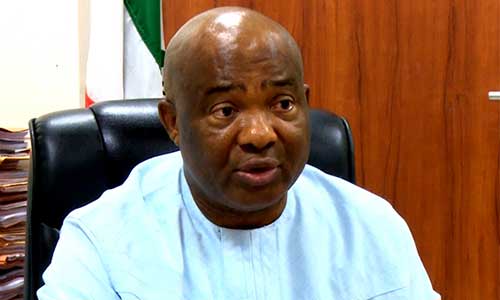 Tension is already brewing in the headquarters of the 27 local government areas of Imo State over the takeover of power following the Appeal Court ruling in Owerri, on Thursday.

This followed the Federal High Court ruling, in Owerri, which sacked Governor Hope Uzodimma’s appointed Interim Management Committee chairmen and  ordered the immediate reinstatement of the elected chairmen and Councillors of the 27 local councils of the state.

The elected council officials were suspended by former Governor Emeka Ihedioha, in June, last year, and the chairmen in November 2019 took the Federal Accounts Allocations Committee (FAAC), Attorney General of the Federation(AGF), Attorney General of Imo State, Governor of Imo State and 27 others to the court with a view to stopping the monthly allocations from coming to the local government areas pending when they resume offices.

When the Supreme Court sacked Governor Ihedioha, Governor Hope Uzodimma also refused to allow them to return to office with the governor insisting that the conduct of that election was illegal and did not follow the local government laws.

However, delivering judgment, on Wednesday, Justice Tijjani Garba Ringim, held that the dissolution of the council officials was wrong and ordered that the Imo State Government reinstates the sacked officials immediately.

The judge, in the suit, FHC/OW/CS/136/2019, also held that the affected local government area without elected officials should not be funded with the federal allocation.

Justice Ringim insisted that the governor had no right to “dissolve local government officials elected by the people”.

Speaking with journalists, counsel to the Plaintiffs, Oba Maduabuchi SAN, described the judgment as historic

He said, “Today, we’ve made history because the governors have been consistently treating judgements of the courts with levity as they partend to the dissolution of elected local government officials. Today, that has been reversed”.

He insisted that from now onwards no governor would attempts to dissolve elected local government officials, alse they will no longer get a penny from the federal allocation.

He said that it is not every judge that can give judgment against the government of the state where he is posted.

He frowned at a situation where a governor wakes up and dissolve local government elected by the people.

We’ve no differences to sort out in APC — Tinubu