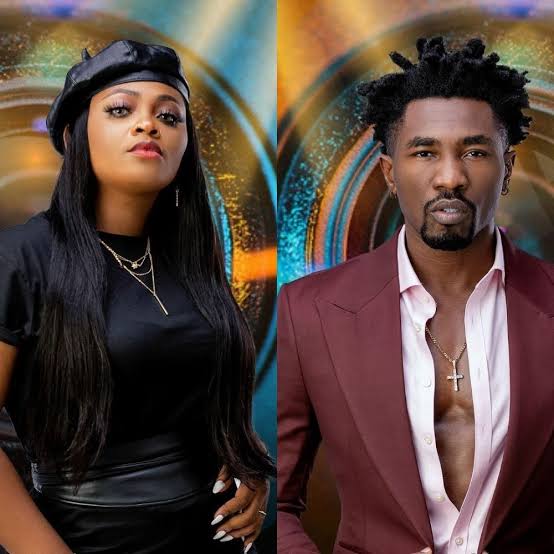 Nigerians on Sunday praised the evictions of two housemates, Tega Dominic and Boma Akpore, two love interests who many see as bad influence on the show.

Married Tega and Boma had shown little on no discretion in the house as they were seen kissing and making out while in the house.

Garrulous Boma, who fellow housemate Angel called Kiss and Tell, fought the 21-year-old after kissing her.

The 35-year-old had told Angel that her biggest achievement is making it to the show.

Tega, who is married to Krislawrence, has expressed little or no desire in keeping her marriage. Her husband has said he will support her despite her impropriety in the house.

She had told other housemates that she does not care what happens to her marriage after she leaves the house.

Nigerians on social media have said the duo deserved what they got as the show host, Ebuka Obi-Uchendu announced their evictions on the night of multiple evictions.

“This tega is not well, so the only strategy you seem to find exciting is flirting and disrespecting your husband and family members on National tv to get votes ?

“So Boma and Tega will prolly still lodge at the same hotel, and now there’s no camera. Siri, play me Dorime!,” another social media user said.

Many have said committing adultery on the show is not part of the content as Nigerians frown on it.

Why BBNaija’s Tega was evicted