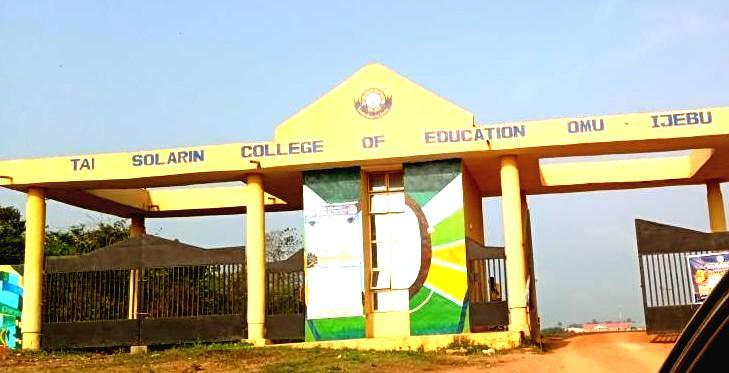 The Concerned Academic Staff (CAS), of Tai Solarin College of Education has raised the alarm that the proposed launching of Printing Press by the Provost of the college, Dr. Lukman Adeola Kiadese was a ‘ruse’ mischievous and a trick to score a political point as lover of the college and the incumbent governor of the state, Prince Dapo Abiodun.

In a statement signed by the Leader of the group, Mr. Ade Balogun alleged the Provost to pay the outstanding of their salary arrears and over sixty months of their salaries, adding that no printing press was ever built in the premises of that college.

The statement added that the Provost wanted to score some political point in portraying himself as the brain behind the launching of the book and the distribution of the books to students of the college free of charge.

Balogun indicated that it was collective efforts of the Lecturers of the college that made the book possible, not Kiadese or any other persons, and it was funded by TET Fund to distribute the books free of charge to the students of the college.

The statement indicated that Kiadese was a members of Allied Peoples’ Moment (APM), card carrying of the party which he has committed millions of naira to their campaign during the administration of Governor Ibikunle Amosun, now parading himself as lover of All Progressive Congress (APC) and the incumbent governor.

The statement further alleged that the book launching which slated on Thursday 7th of November, was aimed at fooling the visitors as Kiadese was brain behind the maiden edition of the book, but demanding from the governor to ask Kiadese where he sited the Printing Press.

The CAS appeal to the governor to pay them their salaries’ arrears and other benefit as the present economic hardship of the country is biting them harder too, adding that it was too early for the governor to renege on his campaign promises.