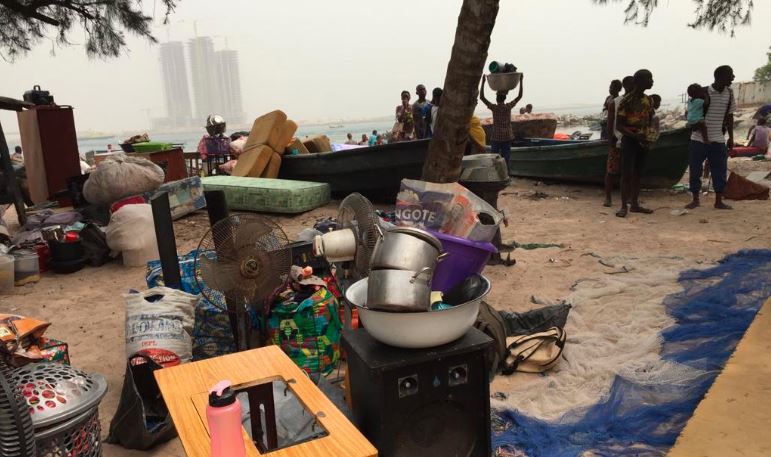 The demolition of illegal structures at Tarkwa Bay in Lagos has been described as a ‘welcome development’ by a group, Campaign Against Vandalism (CAV), saying “some residents of the area constitute security risk to the state.

Head of the group, Comrade Hammed Popoola, in a statement yesterday commended both the Federal and State Government over the steps being taken to rid the place of economic saboteurs who’s stuck in trade is oil bunkering on a very large scale.

Buttressing his stand, Popoola reminded that the security agents who stormed the area before demolition revealed that not less than 30 jerry cans in every house raided, confirming that, the can were the containers being used to ferry the country’s common wealth to the foreign neighbouring countries.

Besides that, the group leader said there are confirmed cases of kidnappings being perpetrated through the axis, reasoning that, “there is no responsible government that would close its eyes and allow such a place to exist in its domain.

While giving kudos to Governor Babajide Sanwo-Olu of Lagos State over the clearing off of the place, the youth leader stated that his group is in support of the demolition because the affected areas were structures without government’s approval which made them illegal structures.

The nefarious activities of some of the occupants of the demolished structures, according to Popoola made that coast line one of the most unsafe water way around, observing that, if the Federal Government has been collaborating with the state government in the past, the rate of crime around that corridor would have reduce drastically.

The group however urged the government to put the reclaimed corridor into gainful ventures so that the acts of criminality the demolition has pulled out, just as the people were enjoined to support the Sanwo-Olu’s administration in Lagos State to move the state forward to the next level.