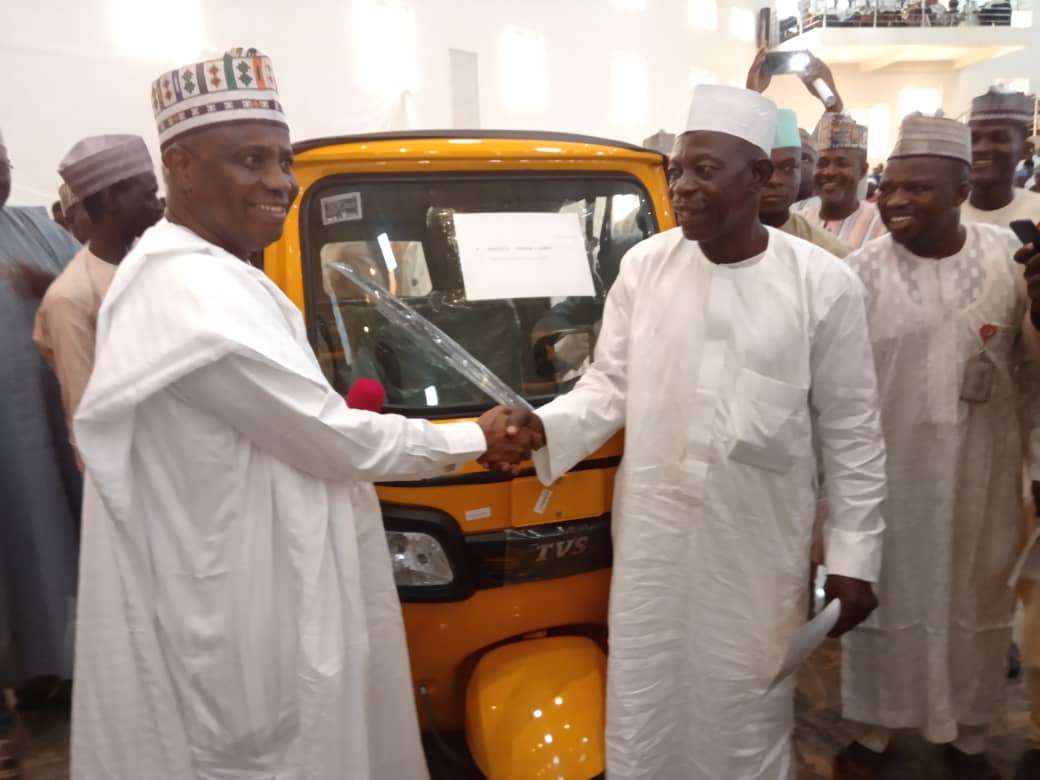 Governor Aminu Tambuwal of Sokoto State, on Tuesday, showed his gratitude to the state’s civil service by giving out various forms of gifts for its diligence and hard work to the success and continued improvement of the state since he became the state’s helmsman.

He said his administration has reinvigorated and strengthened the capacity of the state civil servants to discharge their job without any hindrance even as he explained he reintroduced the State Merit Award to deserving punctual and dedicated civil servants.

The governor added that state government places high premium on training and retraining of its personnel in a bid to enhance the performance of the civil service for more effective and efficient service delivery.

At the award ceremony, the governor who was visibly excited, announced automatic promotion for the 23 awardees, in addition to the donation of houses, cash, and lands   motorcycles, tricycles, television sets to the winners of different categories.

In his address, the state Head of Service, Alhaji Buhari Bello Kware, explained further that the award is to the 23 officers and staff comprising 12 senior officers and 11 junior staff for being punctual, disciplined and dedicated even as he praised the governor for sustaining a harmonious relationship with workers in the state and for also believing in the workers by rewarding diligence.

He said Governor Tambuwal’s belief in the civil servants brought about the implementation of CONPCASS and CONTEDISS for academic and non academic staff of state owned tertiary institution as well as revised CONMESS for medical doctors in the state.

Others include recruitment of 460 health personnel for state primary healthcare development agency, ongoing recruitment of 2000 teachers and 700 supporting staff for secondary schools among others.