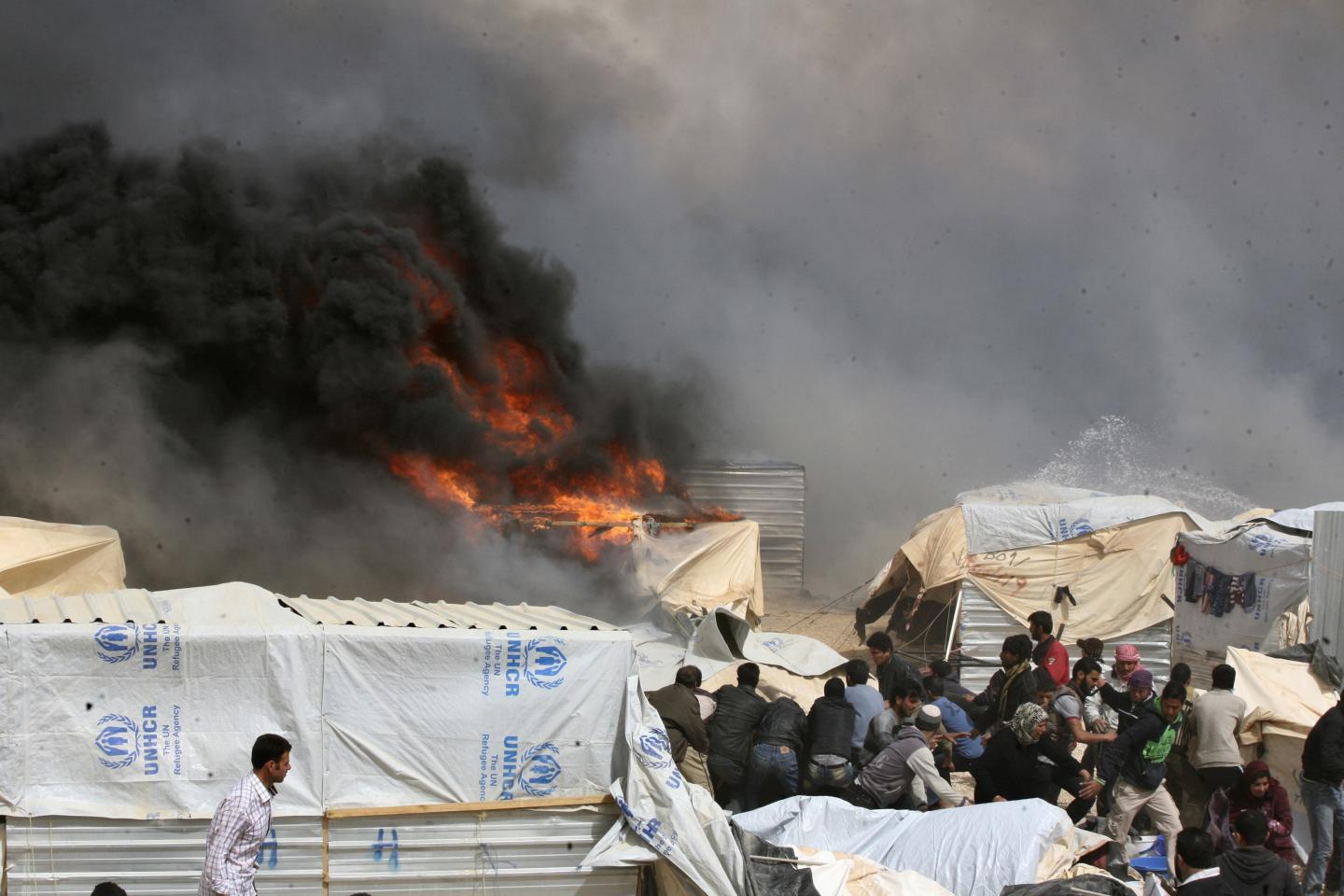 Fire broke out in three caravans, the housing units where refugees live, resulting in the death of a 75-year-old Syrian man.

Fire fighters extinguished the fire before it spread further, it added.

The Zaatari refugee camp, located some 80 kilometres north-east of the capital Amman, opened in 2012.

It is the largest camp in Jordan housing almost 80,000 Syrian refugees, many of who have been living there for several years.

Jordan hosts some 1.3 million Syrian refugees, only half of them are registered with the United Nations. (NAN)

Buhari returns to Abuja after working visit to Lagos