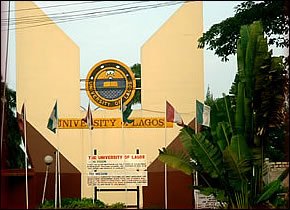 The University of Lagos (UNILAG), Akoka, has suspended another lecturer, Dr. Samuel Oladipo, of the Department of Economics, Faculty of Social Sciences, after he was also indicted in a sexual harassment documentary produced by the British Broadcasting Corporation.

The BBC had produced a documentary exposing four lecturers – two from UNILAG and two from the University of Ghana, Legon – for allegedly harassing undercover reporters, who posed as students in need of help.

The release of the footage had drawn outrage from many Nigerians, who demanded that justice be served.

At an emergency management meeting, on Monday, the university had suspended one of the lecturers featured in the documentary, Dr. Boniface Igbeneghu, of the Department of European Languages and Integrated Studies, Faculty of Arts.

The Principal Assistant Registrar, Communication Unit, UNILAG, Taiwo Oloyede said, on Tuesday, that the second lecturer in the documentary, Oladipupo, had also been suspended.

In swift reactions to the BBC report, Speaker of the House of Representatives, Hon. Femi Gbajabiamila, wife of the President, Aisha Buhari and the Academic Staff Union of Universities (ASUU) alls called for the prosecution of the lecturers indicted in the documentary, while calling for the cleansing of the system.

Gbajabiamila, while reacting to the scandal in a series of tweets, lamented the damage caused by sexual assaults to young people.

He tweeted, “The revelations in the @BBCAfrica #SexForGrades documentary bring to the fore (the) despicable practices that have victimised too many young people, denied them their sense of self-worth and left them with psychological wounds that often never heal.

“These revelations call for a moment of reckoning, not only for those lecturers, whose abuse of their positions and the trust of their students have been caught on tape, but (also) those who are still hiding in the shadows.

“Our higher institutions, where this culture of abuse has been allowed to thrive, must also acknowledge their responsibility and act to put an end to these shameful practices. We owe our children that much.”

The wife of the President, who was represented by Aisha Rimi during the BBC Africa Eye undercover documentary screening in Lagos, said sexual predators must not go unpunished.

“I assure you of the necessary assistance required of me to ensure that victims, who are sexually harassed, get justice and will be able to speak for themselves,” she said.

The wife of the Ekiti State Governor, Bisi Fayemi, said she was also a victim of sexual harassment in her university days.

She stated, “While watching the BBC Africa Eye undercover investigation, I didn’t know if I was crying or laughing. I cried for the young girls, who are going through situations like this but can’t speak out.

“I think it is time to speak out and we should also support victims of these atrocities. We need to make these sexual predators to face justice.”

The governor’s wife urged schools and states to come up with registers for all sexual offenders for record purposes.

ASUU, on its part, called for a thorough investigation and appropriate sanctions for lecturers indicted in the documentary in order to sanitise the university system.

The UNILAG ASUU Chairman, Dr. Dele Ashiru, told NAN, on Tuesday, that the union was against all forms of unethical practices, including sexual harassment.

Ashiru stated, “The development is very disturbing and unfortunate. We have appealed to our colleagues to understand that as lecturers, we stand in loco parentis (in the place of parents) to these students and must not be perceived in any way as not protective.

“We condemn this act of shame in its entirety and want the matter to be thoroughly investigated and appropriate sanctions meted out to all those found culpable.”

Meanwhile, there was panic on Tuesday over Igbeneghu’s health condition as he was rumoured to have been rushed to hospital late on Monday.

The embattled lecturer and pastor, who was also suspended by the Foursquare Gospel Church, was alleged to have attempted suicide.

The university’s spokesperson, Oloyede, said she had yet to confirm the rumour and promised to call back but had yet to do so as of press time.