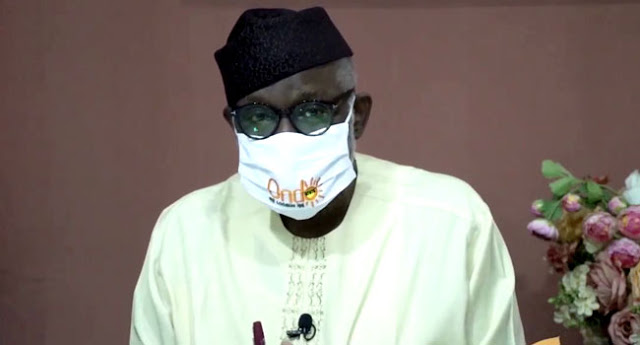 South West Governors, Ministers, and traditional leaders are presently in a meeting in Lagos to brainstorm on how to provide security in the South West following destruction witnessed in the region in the aftermath of EndSARS protest.

The meeting is presently holding at the State House, Lagos State.

In his address, the Ondo State governor, and Chairman, South West Governors Forum, Arakunrin Rotimi Akeredolu said the meeting was called following the magnitude of destruction the region witnessed in the last three weeks.

” The meeting has been called for us to have very important relationship between us, within us and among us. Our brothers in the North, South South, and South East have had this same interaction. As you all know, we have gone through a lot with the recent experiences. Everybody is worried and concerned. We have some measures of peace now but we must be able to sustain the peace at all cost.

We all witnessed what our youths did before our eyes. What started as peaceful demonstration by some of our youths as EndSars turned to be a different things. There was threat to all of us even governors.No one could dare walked outside. What we saw made us tremble a bit so we want to come up with solution.

The youths must be.engaged fully. What roles do the monarchs have to play. As monarchs, do we talk to our people in private? As monarchs, we need your cooperation. We believe we can rob minds. We are begging the monarchs to tell us how we can do it so we can have peace,” he said.

The Chief Of Staff to President Muhammadu Buhari, Prof. Ibrahim Gambari, who represented the President, said the President was saddened by the magnitude of destruction in the state, which necessitated the presence of a delegation from the Presidency at the meeting.

” The President is aware of the level of destruction and the people who sabotaged genuine course for justice but used the action to destroy businesses and infrastructure. It is true our youths have been ignored for a long time but we can not continue to do so. The purpose of this engagement is to find out what the federal and state governments have done and can do. The Buhari administration is set to address what brought us to this level.

The government is committed to police reform and community policing that can resolve some of our issues,” he said.