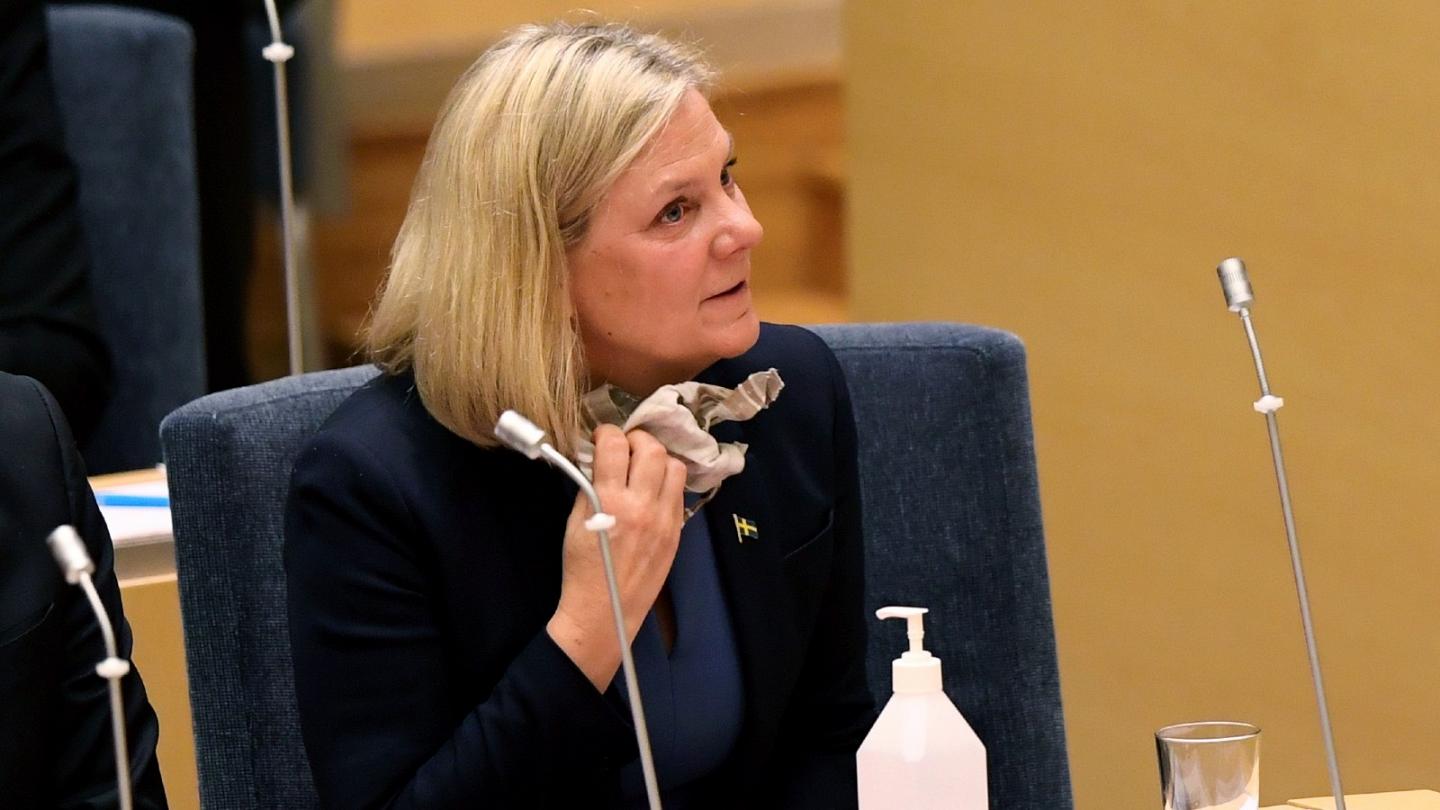 Speaking at a news conference in Wednesday, Anderson, 54, said: “I have told the Speaker that I wish to resign…For me, it is about respect, but I also do not want to lead a government where there may be grounds to question its legitimacy.”

Despite being widely jailed by the Swedish parliament, on Wednesday, she ceased being the leader of the Nordic country barely 12 hours after.

VOA reported that she turned in her resignation “after suffering a budget defeat in parliament, and her coalition partner, the Greens left the two-party minority government.”

Ms Andersson government’s budget proposal was rejected, favouring one presented by the opposition with a vote of 154-143.

“A coalition government should resign if a party chooses to leave the government. Despite the fact that the parliamentary situation is unchanged, it needs to be tried again,” Anderson added.

Russia accuses US of staging ‘nuclear strike’ with 10 bombers and…

She replaced Stefan Lofven as party leader and prime minister, positions he relinquished earlier in the year.

Lofven has been leading the Swedish government in a caretaker capacity, pending the formation of a new government.

In a speech to parliament, Amineh Kakabaveh, an independent lawmaker who supported Andersson, noted that Sweden is currently celebrating the 100th anniversary of a decision to introduce universal and equal suffrage in the Scandinavian country.

“If women are only allowed to vote but are never elected to the highest office, democracy is not complete,” Kakabaveh who is of Iranian Kurdish descent, said.

“There is something symbolic in this decision,” she added.

54-year-old Andersson had secured the support of the two smaller parties that supported Sweden’s previous center-left, minority government led by Lofven — the Left Party and the Center Party.