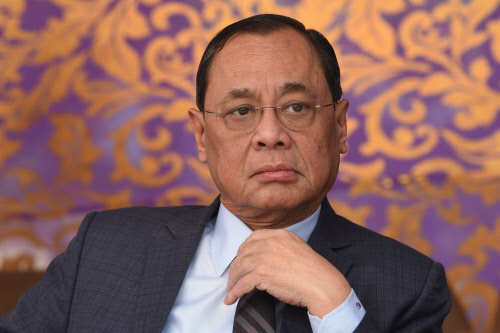 A three-judge bench of the Supreme Court hearing charges of sexual harassment against the Chief Justice of India Ranjan Gogoi on Wednesday examined evidence presented by a lawyer who claimed there was a conspiracy to frame the judge.

After examining the material submitted by lawyer Utsav Bains in a sealed cover, the judges said the matter was “very serious”.

They however called the chiefs of federal investigation agencies and Delhi Police for consultations, legal reporting website Bar and Bench reported.

A junior assistant of the top court had written to 22 judges of the court on April 19 that Gogoi had made sexual advances to her at his residence office in October.

The court took up the case as a matter of great public importance.

According to an affidavit filed with the court, the 35-year-old woman claimed that after rebuffing Gogoi’s advances she was moved out of his office and dismissed from service two months later.

The woman also alleged that her family was persecuted after the incident.

Gogoi denied the allegations and claimed they were part of a bigger plot to destabilise the judiciary.

Media report said that a three-judge bench of the court is now hearing the case.

The Supreme Court also appointed on Tuesday a three-judge panel to carry out an internal inquiry.

Report says the panel includes the two judges next in line to take up the chief justice’s post and a woman judge.