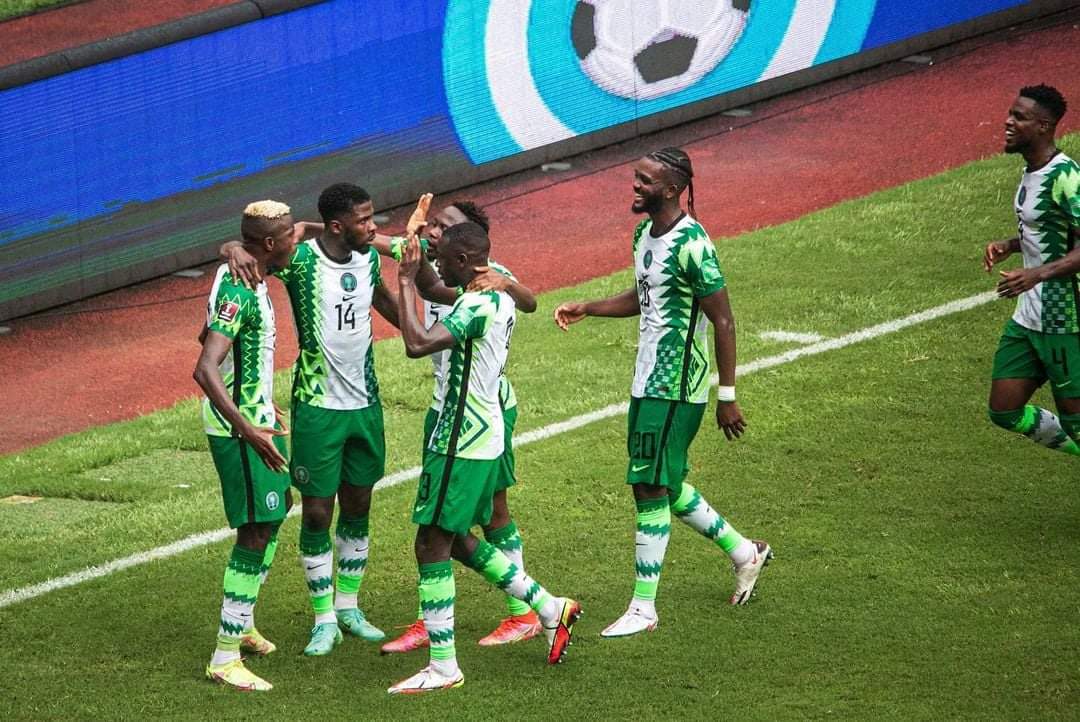 Victor Osimhen and Ahmed Musa scored from the spot in the first and second half respectively to beat Liberia 2-0 and move Nigeria within a win away from booking one of the World Cup play-off spots on Saturday in Tangier, Morocco.

A win against Cape Verde next Tuesday will see Gernot Rohr’s charges enter the final round of qualifiers in a bid to secure one of the five slots allocated to Africa at next year’s FIFA World Cup in Qatar.

Two fouls on Napoli’s hitman, Victor Osimhen by Liberia’s goalkeeper, Boison Wynney made the difference on the night. The spotkicks were won in the 15th and 90th minutes.

The win moves Nigeria to 12 points from 5 matches and needs as little as a draw to win the group. It was also the same scoreline when both teams met in the first leg at the Teslim Balogun Stadium in Lagos. Kelechi Iheanacho was the two-goal hero that day.

Winners of the ten groups would be paired to produce five play-off matches and then the five winners will represent Africa at next year’s football showpiece event.

According to Vanguard, four countries have already booked their place in the playoffs. They are Mali, Senegal, Egypt and Morocco.

Since the 1994 debut, Nigeria has made it to all but one of the World Cups – the 2006 edition held in Germany.