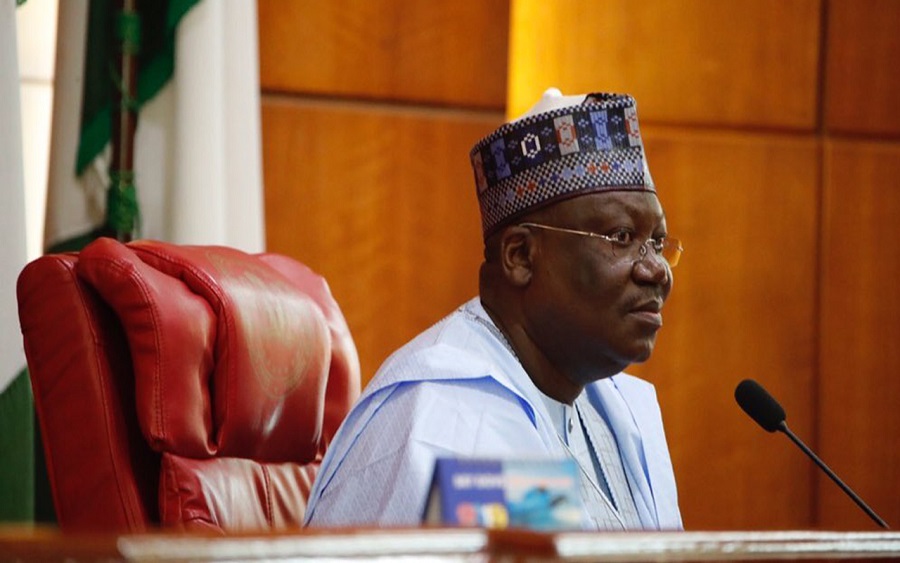 Lawan made the appeal on Monday when he met with the Minister of Finance, Budget and  National Planning, Zainab Ahmed and the Minister of State for Petroleum Resources, Timipre Sylva over the planned removal of subsidy on petroleum products by the Federal Government.

Those at the meeting include the Senate Leader, Yahaya Abdullahi and the Deputy Whip, Aliyu Sabi Abdullahi.

The Senate President, in his opening remarks at the meeting, faulted the timing for the planned removal of subsidy on petroleum products.

He stated that in as much as the administration and management of subsidy on petroleum products are flawed, the President Muhammadu Buhari-led government believes that sufficient planning must be carried out before its eventual removal.

Lawan, therefore, called on Labour unions such as the Nigerian Labour Congress and Trade Union to shelve the planned protest rallies, adding that the Federal Government has no plan of removing the petroleum subsidy now.

He said, “The position of everyone in government today is that admittedly, subsidy administration and management are flawed because of so many reasons.

“Admittedly, the burden is huge and massive and there is need at one point to do away with the subsidy.

“Even though our economy is growing, we still have the challenge of getting things to be better for our people.

“A lot of us in this administration believe that the issue of removal of subsidy should be handled with utmost care, especially that sufficient planning needs to be done.

“Significant arrangements for absorbing the shocks that will come with the removal should be done, that the timing should be such that the impact and consequences will not add to hardship. We all believe in this and Mr. President leads us in this feeling.

“What we are saying is that this is not the time. All of us are of the same opinion and, therefore, there is nothing like confusion or lack of understanding within the government circle.

“We all agree that the subsidy is abused and, therefore, it is a challenge to us as an administration to deal with the abuse, to find appropriate means of stopping it.

“After this meeting, there will be other ones, all in search of ways and means of ensuring that the ordinary Nigerian does not suffer any hardship, that when the subsidy will be removed eventually, it would be at such a point that the hardship will be very minimal and taken care of by several programmes.

“It is not about NLC, we are talking about every Nigerian. We are concerned beyond the Nigerian Labour Congress.

UNICEF reminds Buhari on commitment towards increase funding of…

“I am taking this opportunity to appeal to the TUC and NLC to shelve this plan to go on strike or demonstration, it is totally unnecessary.

“There is not going to be removal of subsidy, so there is no need for this. Please, let’s not create unnecessary tension where there should be none.

“I appeal to them using this medium, to please forget about this January 27, 2022, deadline because there is no need for any deadline.

“We are supposed to come together and work assiduously to ensure that our country is stable, and our people enjoy the benefits of government programmes and projects, and that whatever decision would be taken will be in the best interest of our people and protecting the most vulnerable amongst us.”

Nigeria’s Minister of Finance, Ahmed Zainab, in her remarks, said that the Federal Government made provisions for subsidy  in the 2022 budget from January to June this year.

According to her, all payments on fuel subsidy ordinarily would cease as from July, 2022.

She observed that in view of the timing which is “problematic”, the Federal decided to suspend its plan to go ahead with the removal of subsidy on petroleum products in July, particularly against the backdrop of outcomes from ongoing consultations.

YOU MAY ALSO LIKE: http://FOR THE RECORD: SPEECH DELIVERED BY PRESIDENT OF THE NIGERIAN GUILD OF EDITORS, MUSTAPHA ISAH, AT THE TOWN HALL MEETING ON DECEMBER 3, 2021 AT TAHIR GUEST PALACE, KANO

She added that the Federal Government is presently exploring alternatives to premium motor spirit as well as pushing to step-up the country’s crude oil refining capacity.

Ahmed disclosed that efforts are also underway by the Executive arm of government to forward a request to the National Assembly to make additional provision for fuel subsidy from July this year till a time deemed appropriate for its eventual removal.

“Let me start by stating the fact that we did make a provision in the 2022 budget for fuel subsidy from January to June. And that suggests that from July there would be no fuel subsidy.

“This provision was made sequel to the passage of the Petroleum Industry Act that has made a provision that all products will be deregulated.

“Subsequent to the passage of the Act, we went back an amended the Fiscal Framework that was submitted to the National Assembly to incorporate this demand, but after the budget was passed we have had consultations with a number of stakeholders.

“It became clear that the timing is problematic, that practically there is still heightened inflation, and also removal of subsidy will further worsen the situation, thereby, imposing more difficulties on the citizens, and Mr. President clearly does not want to do that.

“What we have to do now is to continue with the discussions we are making, in terms of putting in place a number of measures, one of which is the deployment of an alternative to the Premium Motor Spirit (PMS) and also the roll out of enhanced refining capacity in the country, including the 650,000 barrels per day Dangote refinery  and also the rehabilitation of the four national refineries that have a combined capacity of 450,000 barrels per day.

“The increased refining capacity in the country means we will need to import less products. But also as we are discussing right now within the Executive the possibility of amending the budget, we may need to come back to the National Assembly by way of amendment to make additional provision for fuel subsidy from July, 2022, going forward, or to whatever period that is agreed as the right time.

“Also, while we are exploring ways and means through discussion with various stakeholders in the executive as well as the Civil Societies and Labour Unions to explore ways by which we can address this removal in a manner that is graduated and will have as minimal impact on the citizens as possible.

“So, we will come back to make further amendments on the fiscal framework as well as in the 2022 budget.”

UNICEF reminds Buhari on commitment towards increase funding of education

UNICEF reminds Buhari on commitment towards increase funding of education