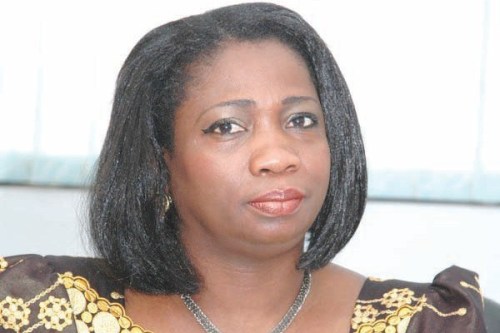 Mrs Abike Dabiri-Erewa, the Chairman/CEO, Nigerians in the Diaspora Commission (NIDCOM) has said that stronger  partnership  between intelligent Nigerians and Indians in Diaspora is capable of transforming the world.

Dabiri-Erewa made this known  in Abuja during the commemoration of the 2020 Pravasi Bharatiya Divas (Indians in Diaspora day) and World Hindi Day.

The News Agency of Nigeria (NAN) reports that Pravasi Bharatiya Divas (PBD) is commemorated on January 9 to mark the return on Mahatma Gandhi to India from South Africa and recognizing Indians in Diaspora.

Dabiri-Erewa said that those in Diaspora represented persons undergoing human capital development especially the combination of Nigerians and Indians in Diaspora who are known to make up the most intelligent migrants in countries of residence.

She explained that if Nigerian medical doctors abroad could impart their knowledge and expertise back in the country, it would go a long way toward reducing the rate of medical tourism,

Dabiri-Erewa commended India for its laudable achievements recorded in overseeing the affairs of its citizens living in various countries and the contributions they were making toward the further development of the countries of their residence.

The NIDCOM boss said that Nigeria also had a lot to learn from India in terms of how it had successfully handled the affairs of its nationals in Diaspora.

“What I have learnt from India has helped us in the task of setting up of the Nigeria Diaspora Commission and we will continue to come to you to learn more from you.

“Imagine those two teams of Diaspora coming together, the Indian Diaspora, the Nigerian Diaspora, I believe they can change the world.

“So that partnership I hope we continue to build with you, work with you as we continue to engage on the issue of our Diaspora human capital development.

“In terms of Medical Tourism, we have almost 5,000 doctor in America alone and if our doctors in Diaspora alone do what the Indian  diasporas have done in India we would change the history of  medical tourism in Nigeria.

“Talking about remittances, we also have a Nigerian Diaspora contributing last year about 25 million dollars to the Nigerian economy.

“And we also want to put in place a lot of incentives to make the Nigerian Diaspora do as much as the Indian Diaspora has done,” Dabiri-Erewa said.

Also speaking, Mr Abhay Thakur, Indian High Commissioner to Nigeria said that the Indian government attached so much importance to, and recognised the contributions of Indians living abroad.

Thakur said that Indian had the largest Diaspora in the world at almost 31 million with more than 50,000 living in Nigeria.

According to him, it is a thing of  great pride that many multinational operations are headed by young Indians which includes Sundar Pichai of Google, Satya Nadella of Microsoft, Ajay Banga of Mastercard, Geeta Gopinath of IMF among others.

Thakur added that to ensure sustained and substantive engagement with the Indian Diaspora, PBD Conventions had been held regularly in India since 2003 during which outstanding Indians were recognised.

Thakur explained that the programmes were to enable Indians in Diaspora to enjoy every benefit as  citizens still living in India such as the Scholarship Programme for Diaspora Children (SPDC), the Know India Programme (KIP).

“We have an Indian Community Welfare Fund for carrying out welfare activities for distressed overseas Indians.

“In 209, the High Commission together with efforts of the Ministry of Shipping, India and the Nigerian Authorities have secured the release of over five Indian nationals kidnapped from the ship in Aprl and Dec. 2019.

“The Indian Diaspora in Nigeria has been active  with the presence of over 135 Indian owned companies which are said to be the second largest employer of labor after the Federal Government of  Nigeria itself,” Thahur said. (NAN)