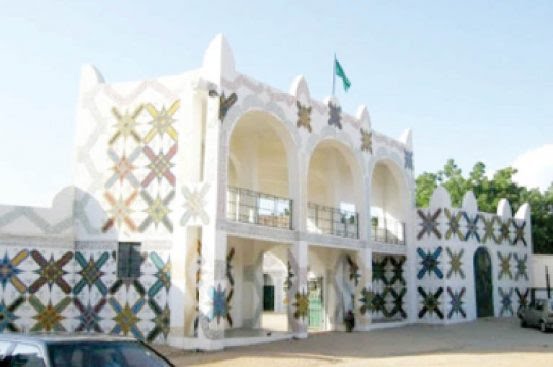 Over 150 people, who reportedly died in Kano between Friday and Saturday, last week, have been buried in three cemeteries, heightening fears that the deceased must have died as a result of a strange ailment, it was gathered.

Undertakers, who doubled as grave diggers in the affected cemeteries, said the frequency at which they received corpses these days was unusual when compared with the number of people they buried before the Coronavirus outbreak.

The figure of the dead buried in the three cemeteries excludes other people buried in dozens of burial grounds in the eight local government areas that constitute Kano metropolis, though those working in such cemeteries said they did not notice anything unusual.

Also, authorities in Kano State, community leaders, families of the deceased and medical officials have given different opinion on the matter with the state ministry of health saying it was investigating the matter.

Our correspondents report that the development has thrown many residents of the city into palpable fears even as they nurse the suspicion of possible community transmission of the ravaging COVID-19 within the state capital, which has a population of over four million people.

Out of the 44 local government areas in Kano State, eight of them are not far from the state capital. They are Nasarawa, Gwale, Dala, Ungogo, Fagge, Tarauni, Kumbotso and Municipal.

As of Monday, April 20, the Nigeria Centre for Disease Control (NCDC) said Kano had a total of 59 confirmed COVID-19 cases and one death.

Attendants and undertakers across the three cemeteries that witnessed unusual burials described the current regularity of burials in the city as unprecedented, urging the government to as a matter of urgency investigate to ascertain the real cause.

Bashir Mohammed, one of the undertakers at the Dandolo Cemetery in Goron Dutse, Dala Local Government Area of Kano State, said, “This is worrisome, we are becoming overwhelmed by what we are seeing here these days because to me, the way people are dying is not ordinary.”

Mohammed, popularly known as Mai Sana’a, said between Saturday and Sunday, over thirty people were buried in the cemetery in contrast to maximum daily record of ten burials previously.

Mohammed said most of the people buried within the period were aged, cutting across both sexes.

Similarly, at Abattoir Cemetery near Kofar Mazugal, our reporters were told that 61 persons had been buried in the cemetery over the weekend.

The cemetery attendants, who disclosed this said most of the deaths were from Zage, Darma, Sharifai and Gabari as well as Zangon Barebari communities in Kano municipal.

Most of the residents, who spoke to our reporters attributed the deaths to “severe malaria and typhoid fever besides some other infections and terminal illnesses.”

Some of the residents further attributed the development to the closure of some of the private hospitals in the city where some of the deceased used to access care, following the discovery of the first coronavirus case in the state.

Sheriff Hadi Kabir, who is the chairman Fagge Cemetery, has called for immediate government intervention to unravel incidences of unusual deaths in Kano. Kabir, who lost his aged father three days ago, described the situation as “terrifying”.

He said in his neighbourhood at Zangon Barebari in Kano Municipal Local Government Area, more than thirteen people died between Sunday and Monday from a very severe fever “suspected to be malaria and typhoid.”

He attributed the resurgence of malaria within the area to exposure to mosquito bites, which usually herald the set in of the wet season.

“This is not Coronavirus, as speculated; it is severe malaria because of our exposure to mosquito bites. We have been battling this kind of experience almost on yearly bases around this time.

“So, we are praying to the government to come to our rescue because this malaria is deadly than the COVID-19,” he said.

A relative to one of the deceased in Mandawari quarters, Hajiya Amina Sani, said that her mother died of malaria.

“My mother started having severe fever last week. My brother took her to hospital and they conducted some tests on her and the result showed that she was having malaria.

Her condition continued to deteriorate until Sunday when she passed away,” she said.

Malam Hafeezu Adamu, another relative to a deceased in Zage quarters, told Daily Trust that even though his brother was diabetic, doctors clarified that he died of malaria.

“My brother was diabetic, but about five days ago he started complaining of fever and headache. He was diagnosed of malaria and was later admitted in the hospital where he eventually died on Saturday,” he said.

The Kano State Ministry of Health yesterday, called for calm saying the ministry had already launched an investigation to unravel the real cause of the deaths in the state.

A statement signed by the information officer of the ministry, Hadiza M. Namadi said, “The attention of Kano State Ministry of Health has been drawn to a post being circulated on social media platforms on purported death of number of people within two days and buried in some cemeteries within Kano metropolis.

“As the ministry could not immediately verify the veracity of the claim going round, the state Commissioner of Health, Dr. Aminu Ibrahim Tsanyawa, hereby assured the general public that investigation into the matter is ongoing to verify the claim and possible causes of the deaths.

“Dr. Tsanyawa also assured that the public will be informed on the outcome of the investigation in due course.

“While he prayed for the repose of the souls of the departed, the commissioner also advised people to continue to observe social distancing, wash hands regularly, avoid gatherings and stay at home to prevent the spread of Covid-19,” the statement said.

According to him, “this particular rumour has been investigated and found to be untrue. I beg of you with massive social media followership to help in clearing the air.”

Fagge in a statement said the task force had activated community informants structure to report deaths and cause of deaths and has also deployed officers to all burial grounds to count bodies brought in for burial every day.

According to the statement: “Kindly disregard the rumours of having mass deaths recently in Kano metropolis, the State Task Force on #COVID19 has activated community informants structure of the World Health Organisation (WHO) to report deaths and cause of deaths and have also deployed officers to all burial grounds to count bodies brought in for burial everyday (the workers would conduct 2 shifts).

“Honestly, the media and rumour mongers have been trying their best in making us dispense energy in wading them off. This particular rumour has been investigated and found to be untrue so must be dispelled.

“We appeal to you (individuals) with massive social media followership to help in clearing the air. We cannot afford to lead the good people of Kano to panic and lose confidence in our response.

“We must state that we are more courageous than ever in a bid to contain this pandemic,” he said.

Also, a medical expert from Kano who does not want his name in print, said the number of people being buried was not unusual because of the dense population of Kano. He said people were usually busy with their day to day activity but with the lock down and people staying at home, they have become mindful of such an activity and panicking over it.

On his part, Comrade Sagir Salihu Chedi, a Kano based civil activist, called for calm, saying the deaths were noticeable now because people were at home doing nothing and that there may be nothing new to it.

According to him, “What I am thinking on this issue is that people die every day at every location here in Kano. The reason we noticed this is because of the lockdown…People are at home doing nothing.

“In Kano, we don’t have any statistics mechanism that record the number of death based on gender, age, or diseases; so these deaths are not new, it could be new to some of us  because we are not always at home,” he said.

Fewer deaths in other burial grounds

In some areas visited by our reporters in Nasarawa Local Government, there were fewer incidences of burial compared to what was obtained in the past.

At Yankaba graveyard, the cemetery attendant, Malam Ibrahim Alif, told one of our reporters that two people were buried at the cemetery and all of them were elderly persons who were ill for some time.

Similarly, at Haye graveyard, neighbours of the cemetery said there was no dead body brought for burial since Friday.

Also at Sauna/Dakata Cemetery, the story was the same where Daily Trust learnt that only one person was buried on Monday. (Daily Trust)