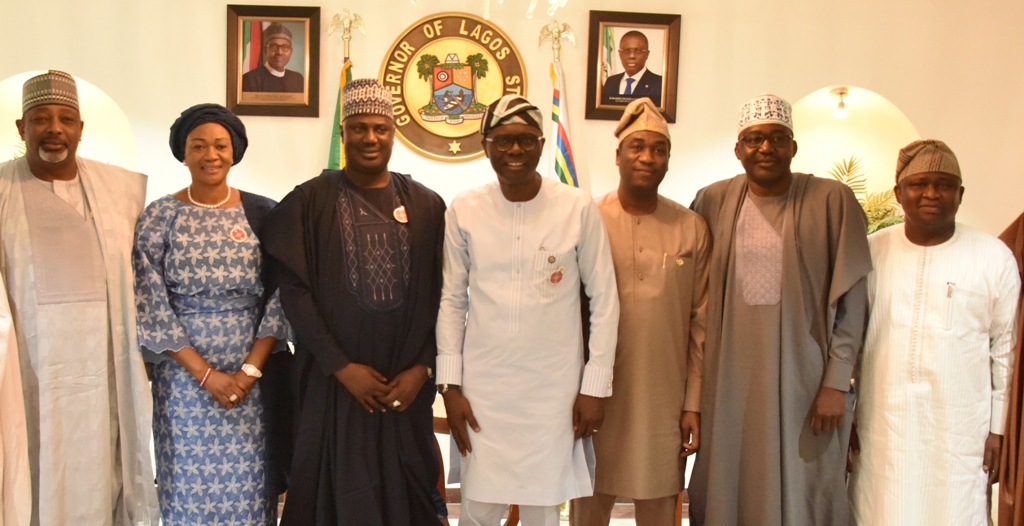 …Senate commiserates with Lagos Govt. on death of ex-MILAD

Governor Babajide Sanwo-Olu of Lagos State has urged contemporary leaders to draw inspiration from the legacies bequeathed by the late first military Governor of the State, Brigadier Mobolaji Johnson (rtd).

Sanwo-Olu extolled the leadership qualities of the late Johnson, saying the deceased, in addition to being a military officer, was a thinker who initiated ideas that set Lagos on the path of development after the State was created in 1967.

The Governor spoke at the weekend in the State House in Marina while receiving a delegation sent by the Senate to formally condole Lagos Government and the late Johnson’s family on his death.

Sanwo-Olu, who received the Senate delegation in company of his deputy, Dr. Obafemi Hamzat, said the late Johnson’s death was “a big loss” to Lagos and the nation, but said the State was not in a state of mourning because of the valuable legacy left behind by the deceased.

He said: “The late Brigadier Johnson was a Nigerian par excellence and a fine administrator. He created the foundation of what we now call developed Lagos. His footprints and legacy in leadership of over 50 years ago are still visible and they remain a valuable deposit of inspiration for contemporary leaders.

“We believe his death is a big loss to Lagos State in particular and Nigeria in general. His death is a call for us to remember that we must use whatever position we are for the benefit of mankind.

“On behalf of the people of Lagos, I thank the President of the Ninth Senate, Dr. Ahmad Lawan, for finding it appropriate to commiserate with the late Johnson’s family and the Government of Lagos. More importantly, we appreciate the honour accorded on the deceased in the Senate.”

Governor Sanwo-Olu said the late Johnson had a great vision for Lagos as the first Nigerian to govern the State, emphasising that his dreams would be fully realised if the Federal Government created a “Special Status” for the State. This, the Governor said, would enable the State adequately address its challenges as the nation’s former capital city and commercial nerve-centre.

The Governor urged the Senate to activate a legislative instrument that would lead to the recognition of a Special Status for Lagos, noting that this would be the best honour for people that had governed the State, including the late Johnson.

Senator Abdullahi said members of the Senate paid glowing tributes to the late Johnson when the motion was discussed in the chamber.

He described former military administrator as an “illustrious son of Nigeria”, noting that the late Johnson left a legacy of selflessness in leadership and service. He said the deceased’s contribution to the nation’s development would continue to be guiding light for future generations.

The delegation agreed with the Governor that Lagos deserved a Special Status going by the upsurge in population that put pressure on the State’s infrastructure. Sen. Abdullahi promised that the delegation would brief the Senate on the Governor’s request, adding that the debate would be thrown open to the entire members of the Red Chamber.