Sowore speaks from DSS custody, says ‘Am all well and good in dentition’ 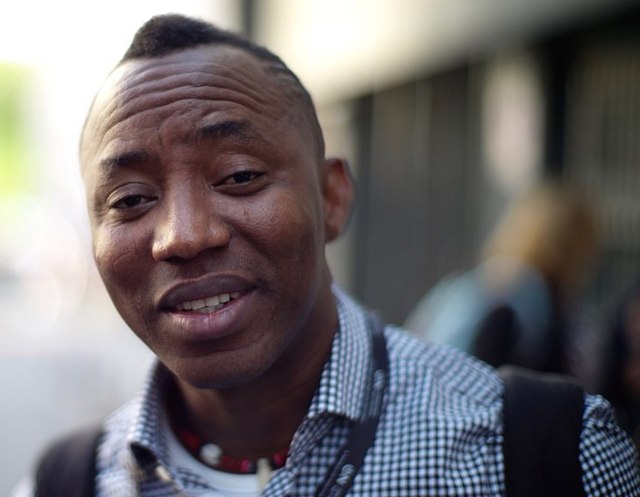 Omoyele Sowore who is the convener of the RevolutionNow protest has spoken from the detention of the Department of State Services (DSS) saying he thanked Nigeria for the peaceful protest.

According to his online medium, Sahara Reporters, Sowore spoke, on Monday, when he was visited by the Take It Back Movement at the DSS facility.

Sowore said he was being treated well and in good health.

He applauded Nigerians for still going ahead with the planned protest. He said: “I would like to assure everyone that I am being treated well and in very good health.

“I am pleased that the peaceful #RevolutionNow protests went ahead. “However, knowledge of the sheer number of innocent Nigerians being arrested for exercising their civil rights bothers me.

“I join others in demanding for the immediate and unconditional release of all those arrested by the police on Monday.”

Rachel Onamusi-Kpiasi, who is the spokesperson of the group, also confirmed the visit.

The former presidential candidate was described to be in high spirit

The spokesperson said: “We met him in high spirits, unmoved by the events of the last few days.

“The officers allowed us to present him with food as Sowore had refused all meals since his capture.

“We are also happy to confirm that Take it Back members will be allowed to bring him food daily as per his wishes.

“The freedom fighter was quick to ask about the movement and supporters as he is aware that there will be a lot of worry about his well-being.

“Indeed, the silver lining in today’s unrest lies in the knowledge that truly, you cannot stop an idea whose time has come.”

He said they would continue to agitate for his release.