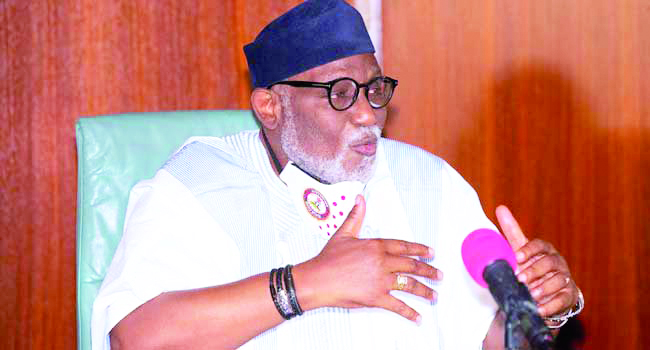 The South-West Governors Forum has insisted that its earlier ban on open grazing in the region stays despite President Muhammadu Buhari’s approval of a recommendation asking for about 368 grazing routes to be recovered.

Chairman of the Forum and Ondo State Governor, Arakunrin Rotimi Akeredolu, stated that the ban would be turned into law and would be fully enforced soon.

According to report, he said these in his office, in Akure, during a courtesy visit by the new Assistant Inspector General of Police (AIG), Ene Okon.

Arakunrin Akeredolu further noted that the law put an end to the clashes between farmers and herders in the South-West region of the country.

He pointed out that “Amotekun is not established to compete but to work and complement the existing security agencies. Amotekun is established by law. Let us all work together. It is clear that the essence of the creation of Amotekun is community policing.

“And since the number of police is being depleted daily and the level of crime is increasing, it will be difficult to spread out with your limited number.

“Since the police cannot be everywhere, Amotekun is here for collaboration.”

The new Assistant Inspector General of Police (AIG), Ene Okon, had initially commended the governor for his doggedness during the creation of the State Security Network codenamed ‘Amotekun’.

AIG Okon said the governor has laid a solid foundation for community policing with the creation of the security outfit.

He also praised the governor for the relative peace in the Sunshine State, adding that it is no mean feat to maintain peace and order.