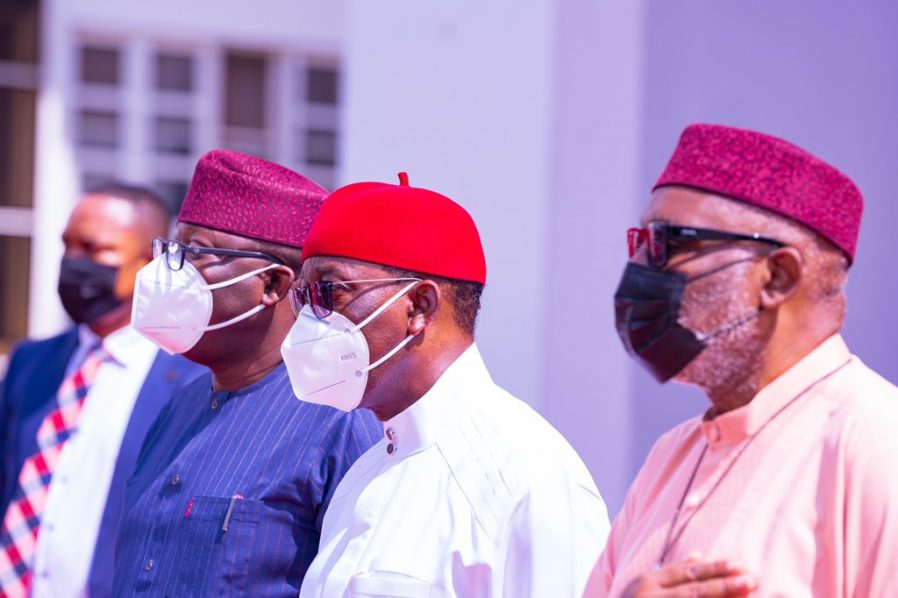 Elder statesman, Mbazulike Amaechi, has described as “a bunch of falsehood” a statement  on the Internet purportedly from  him  about government killing the Igbo.
Though he castigated the South-east governors’ unseriouness to unite and tackle insecurity in their zone, Amechi, who is mourning his wife, added that he had not spoken to any journalist since the death of his wife.

“My attention has been drawn to a bunch of falsehood, which somebody put on the Internet as a statement by Mbazulike Amechi  saying something about government killing the Igbos. The coward did not identify himself or state the medium or where I made the statement.

“Since my wife died in July this year, I have reclined into the customary solitude of my people until after her funeral and burial  which is scheduled to take place on October 28, 2021.I did not speak to any press or media or individual as carried in the Internet and the language used is not my choice of words,” Amechi said..

The First Republic minister and frontline Igbo leader addressed the media in his house in Ukpor, Nnewi South Local Government Area, Anambra State, and appealled to perpetrators of the senseless bloodletting and destructions in the South-east to  sheathe their swords because peace is never won with guns.

“I am doing this as a political father of the nation and in fulfilment of a role, which God expects me to play for sparing my life this long. I appeal to whoever may be responsible for these senseless killings and destructions to  drop their weapons because  peace  is not won with the guns.”

Amechi described as pathetic and unfortunate the failure of South-east governors to unite in finding solution to the insecurity in the region, especially in Anambra and Imo states.

According to him: “Anambra State Governor has his days in office numbered and  so, the man is about run out his second term in office. Other South-east governors should leave him with his attitude and let the result of the forthcoming governorship election decide. Let the electorate decide whether that kind of governor is what they want to have this time or they want a change.

“The other South-east governors, I have always  said that they are not holding their mandates well; they are not acting as true Igbo leaders, they are leaders but they don’t seem to know that. Look at the Ebubeagu they formed, they  cannot even finance it, they are not serious.

“Whether they are afraid or cowardly or something like that, I don’t know. Honestly, I don’t know  what is holding them, they don’t seem to know  the  strength of the power given to them to serve the people.  All I know is that the the South-east governors should buckle up. As for the one that his tenure is running out, let him go  away with his remaining  few  months.”

Speaking on the violence in the zone, Amechi said: “I am personally worried by the high level of violence and killings  particularly in Anambra State.

“Infact, the people behind the violence in the South East and Anambra State in particular should honour me and even come and join hands in planning the funeral of my wife and not to engage in violence.

“I want them to honour and accept my appeal as a father, who wants the best for them. I know they will  honour me by accepting my appeal.

“As true sons and daughters of Africa, who have  inherent respect for the elders, I ask you, whoever you are, to put a stop to this violence and let me bury my wife in peace and for the Anambra State election to be held. If you scare away voters and only 5000 voters cast their votes, INEC will pronounce the winner and he will be sworn in to rule you for the next four years whether you like it or not,” he noted.