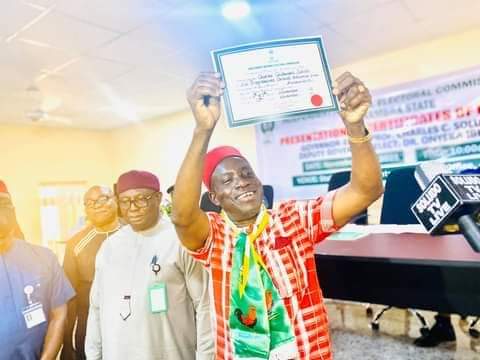 It was presented to him and his, Dr. Onyekachukwu Ibezim, on Friday at INEC state Headquarters, Awka. by the Resident Electoral Commissioner in Anambra State, Nkwachukwu Orji.

Soludo thanked the Anambra people for voting for him and said ‘the divine mandate would be used for humanity and the good people of Anambra.”