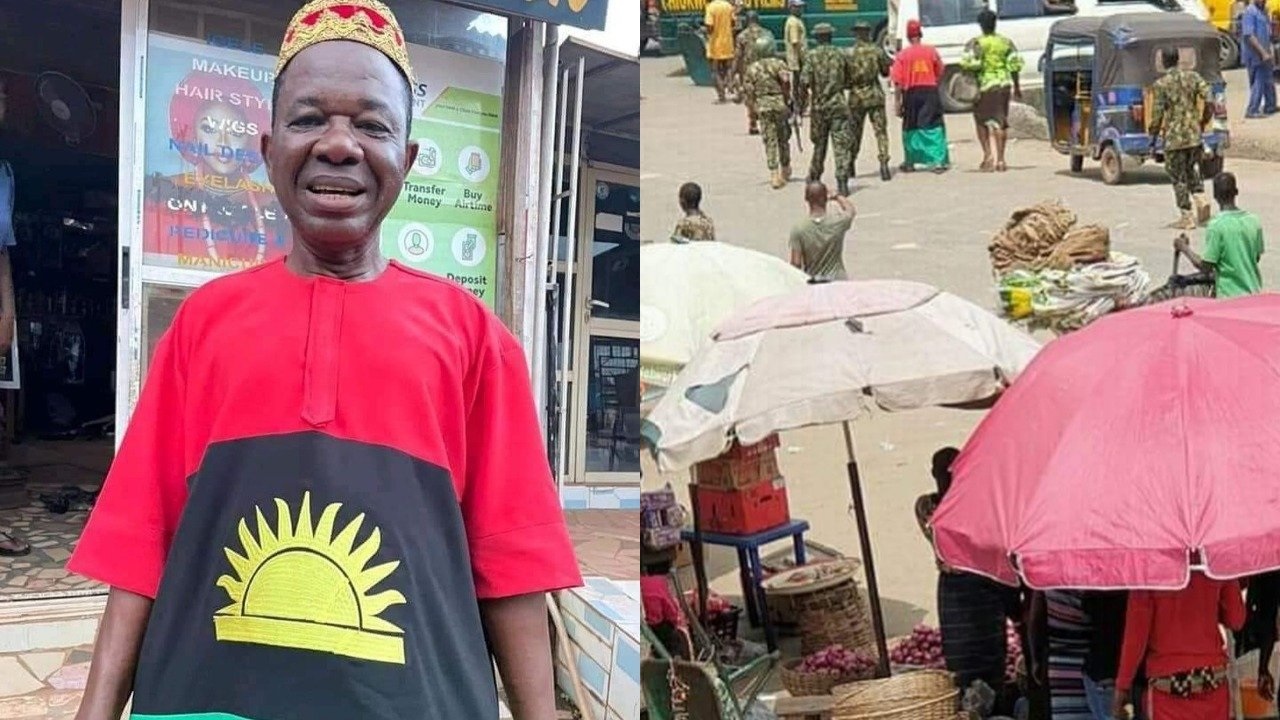 Popular veteran Nollywood actor, Chiwetalu Agu, has been set free by men of the Nigerian Army having been in their custody for nearly 24 hours.

National Secretary of the Actors Guild of Nigeria (AGN), Abubakar Yakubu, confirmed the news of his release to newsmen, on Friday.

The actor was arrested, on Thursday, at Upper Iweka Road, in Onitsha, Anabra State, by soldiers for wearing an outfit themed after the separatist state.

In footage, Agu was allegedly dragged and manhandled by the soldiers.

It was gathered that the actor was in Onitsha on a charity mission where he regularly gifts the less privileged with food items when he was arrested by soldiers.

In a viral video after his arrest, Chiwetalu Agu said he was sharing bread with hungry Nigerians and not demonstrating for anyone to join Biafra.

According to him, his outfit is just a dress with a rising sun and not anyway representing the Eastern Security Network (ESN).

He said: “What I’m wearing is a civil dress. This is not Biafran wear it is a rising sun and not an Eastern Security Outfit. I know where to go with this outfit.

“This sun on the dress I’m wearing is just a rising sun because I believe I must rise.

“I was sharing bread when they came to arrest me, I was not organising any demonstration. Is it wrong to feed the hungry Nigerians?”