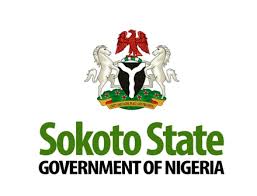 Some Governorship candidates for the forthcoming 2019 election in Sokoto State have pledged improved budgetary allocations and adoption of special preventive policies to tackle malnutrition if elected.

The candidates made the pledge on Saturday at Governorship candidates’ debate organised by the Civil Society Legislative Advocacy Centre (CISLAC) in collaboration with Civil Society Organisation and the Media in Sokoto state.

Alhaji Abba Sidi, the National Conscience Party (NCP) Governorship candidate said that he would devote 16 per cent of the Internal Generated Revenues to enhance nutrition of children especially in rural areas.

Sidi said if elected, he would constitute state and local government committees on malnutrition and for pregnant women’s health in recognition of its importance to human living.

Aliyu explained that improving residents’ standard of living would be one of its key priority adding that party’s candidate would fully implement the health policies that comprised nutrition.

According to him, his government would ensure smooth flow of local government council’s allocations in order to conduct direct programmes on malnutrition.

“Issues of malnutrition are vital to human growth and development and adequate attention would be accorded to the sector.’

He explained that based on the work plans, a world class health delivery would be ensured including proper tackling of malnutrition while an agency of higher departments from existing units would be established.

Mallam Mahdi Shehu of Zenith Labour Party (ZLP) promised to establish department of nutrition at local government level as well as to conduct census on malnutrition across the state for intervention.

In his address, Mr Solomon Dogo, from International Society of Media in Public Health (ISMPH), said over the years, there has been growing concern about the danger of Severe Acute Malnutrition (SAM).

This he said has posed a big challenge to the health of children and its negative effects on the nation’s future.

Dogo said the efforts were made to facilitate more commitment and political will for the prevention and management of SAM as well as allocation release of percentage on it.

According to him, ISMPH is partnering with the Advocacy Campaign Group to demand accountability from relevant key actors in addressing SAM in Nigeria.

He however said that after securing leadership mandates those elected would be reminded on their respective commitments. (NAN)