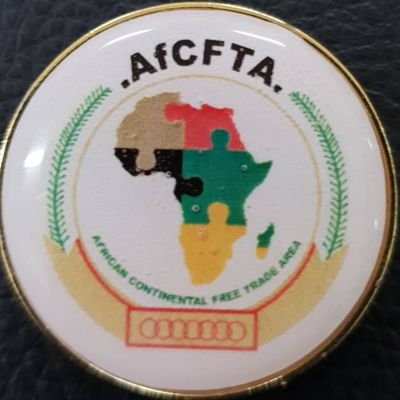 Amb. Chiedu Osakwe, NOTN Director-General made this known in a statement signed by Mr Emenike Chibuzor, Head, Communications and Strategy, NOTN in Abuja on Tuesday.

President Muhammadu Buhari had on Sunday July 7, at the 12th Extraordinary Summit of African Union (AU) Heads of State and Government in Niamey, Niger Republic signed the agreement establishing the AfCFTA.

Osakwe, Nigeria’s Chief Trade Negotiator said that the President’s signature was a bold step forward for Nigeria African trade integration and Nigeria’s leadership in the AU.

“The President has demonstrated a remarkable leadership commitment to due process of the rule of law for trade integration, openness to trade and investment in a period in the global economy characterised by protectionism,” he said.

The ambassador recalled that before Nigeria signed the agreement, NOTN conducted a nation-wide stakeholder sensitisation and consultation exercise in the six geopolitical zones across the country.

He described the exercise as an exercise without precedent in Nigeria’s political econom, adding that 35 groups, associations and government institutions were also consulted.

“In the case of the South-West Geopolitical Zone held in Lagos, a Factual Summary was issued. The communiqués and Factual Summary can be found on the NOTN website – www.notn.gov.ng

“About 300 hours were invested in the exercise, 12 private sector groups submitted inputs conveying their group positions on the AfCFTA in response to the nation-wide call for inputs,’’ he said.

Osakwe, however, said that the nation-wide sensitisation was substantive and set a standard for openness and transparency.

Nigeria is now signed onto the largest trade pact in the world involving 54 countries. Eritrea is the only non-signatory at the moment.

The AfCFTA aims to create a single continental market for goods and services, with free movement of people and investments.

The Agreement covers Protocol on Trade in Goods and Services, Rules and Procedure on Settlement of Disputes, Investment, Competition Policy, and Intellectual Property Rights.

In addition, it seeks to expand intra-Africa trade which currently stands at low 16 per cent, in contrast to other regions and continents.

In the EU, intra-regional trade is between 65 per cent and 70 per cent, and in APEC (Asia-Pacific) 70 per cent.

The United Nations Economic Commission for Africa (UNECA), has estimated that the AfCFTA can boost intra-African trade to 60 per cent by 2022.

NAN recalls that the Agreement establishing the AfCFTA was signed at the 10th Extraordinary Summit of the AU Assembly on March 21, 2018 in Kigali, Rwanda. (NAN)