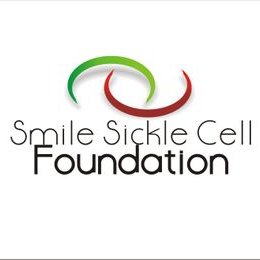 Smile Sickle Cell Foundation has urged the Federal Government to raise awareness on sickle cell disease across the country in order to reduce the prevalence rate.
The Founder of the NGO, Ms Oluchi Ndukwe, made the appeal while sensitising students of Cherry Feed College, Jikwoyi, FCT, on sickle cell disease as part of activities to commemorate World Sickle Cell Day marked on June 19.
Ndukwe said that sickle cell disease had no cure but could only be managed.
“Sickle cell disease is a group of disorders that affects haemoglobin, the molecule in red blood cells that delivers oxygen to cells throughout the body.
“People with this disorder have a typical haemoglobin molecules called haemoglobin S, which can distort red blood cells into a sickle or crescent shape,” she said.
Ndukwe noted that the country was not doing well with regard to enlightening the public about the disease and its consequences.

READ ALSO:LASTMA allays fears of motorists on Traffic law enforcement
She pointed out that a lot of stakeholders including some former ministers were ignorant about the disease.
The founder of the organisation, who cited an instance with a former minister that had five children and lost four out of them to sickle cell disease, blamed the predicament on ignorance of the compatibility of the couple before they got married.
According to her, the country should accord same attention given to HIV/AIDS to sickle cell disease warning that without this the situation will continue to worsen.
“Nigeria is not doing enough with regard to sickle cell, a lot of people are not even aware of what sickle cell is all about.“The country need to step up awareness of sickle cell disease like what they did in HIV because somebody with sickle cell disorder will eat with you at the moment before a twinkle of an eye he is gone due to crisis.
“Once the red blood is sickles it get destroyed and keeps on destroying the blood cells, once the red blood cells are destroyed the person could die,” she noted.
Ndukwe who frowned at the misconception of the public about sickle cell, identified it as a blood disorder and hereditary disease that compels sufferers to excruciating pains.
She however advised the populace as well as the students to be responsible when it come to issues of life partners, adding that they not misconstrue compatibility to love.
“I appeal to every one of us, before you get married or get into a relationship choose a compatible partner.
“If your genotype is AS or SS you must marry somebody with AA to avoid giving birth to children with SS.
“When you want to get married make it a point of duty to go for genotype test, do not be selfish saying that I’m in love with this person or God will help me, No!
“You have to be responsible enough to make the decision, to marry the person with the right genotype which is the only way we can curb this sickle cell disease,” she said.

READ ALSO:Successful listing of Airtel on NSE ‘ll deepen market – expert
Ndukwe explained that signs and symptoms of sickle cell disease usually begin in early childhood from five months, adding that symptoms resulted from the sickling of red blood cells.
“When red blood cells sickle, they break down prematurely, which can lead to anaemia. Anaemia can cause shortness of breath, fatigue and delayed growth and development in children,” she said.
She however assured that the foundation would continue to support the government by sensitising the public to ensure the nation is declared sickle cell free.
Ms Judith Michael, Head Girl of the school, commended the foundation for the awareness talk.
Michel noted that she would further enlighten family members and neighbours, among others, that are due for marriage on the need to undergo genotype test and marry somebody with compatible genotype.
According to her, it is not enough to marry based on love but it is good you marry rightly in order to avoid endangering the lives of your offspring.
She said that this is because it is not couples that suffer the consequences of carriers of sickle cell but the children. (NAN)