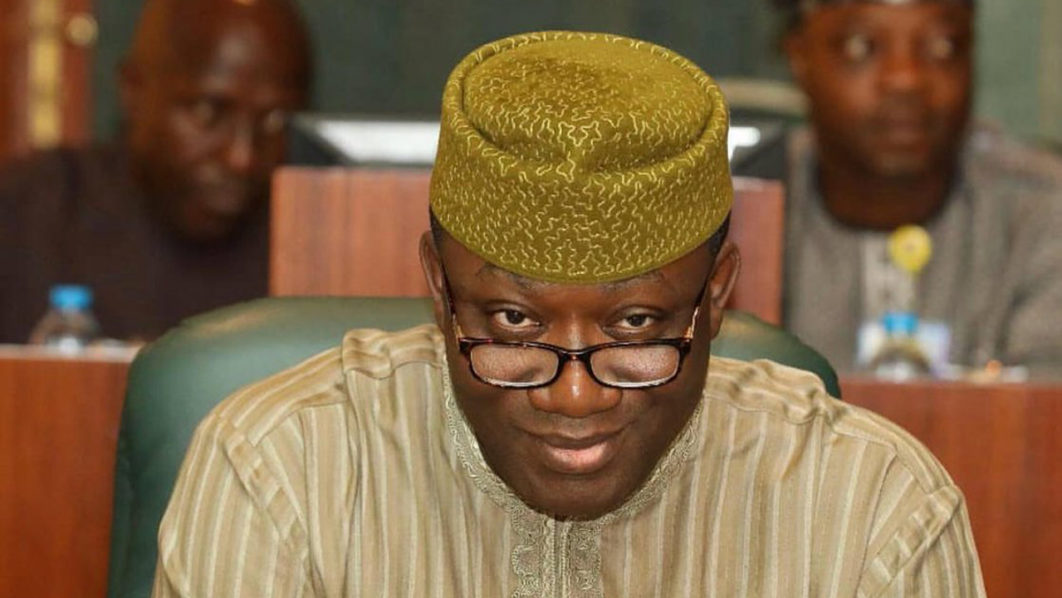 Governor Kayode Fayemi of Ekiti State has said that his administration would, in year 2019, make concerted efforts to “right most of the wrongs” of the past by restoring the state to its pride of place.

He also urged Nigerians to shun politics of bitterness as the country prepares for the general elections.

Specifically, the governor said in his New Year broadcast, on Tuesday, that the state would be repositioned among the comity of states as a destination of choice for investment, with government focusing on infrastructure and agricultural development as well as knowledge economy among others.

The New Year broadcast was also aired on the state broadcasting Service that resumed operations on Tuesday, having just been re-opened by the National Broadcasting Commission (NBC).

Governor Fayemi disclosed that many of the corporate organisations and donor agencies that had fled the State as a result of  “suffocating business environment” are now returning to the State, adding that 2019 would be a better year for the restoration of the values and dignity of Ekiti State.

The governor decried how Ekiti State lost its World Bank rating as one of the best States for ease of doing business as the immediate past government in the State engaged in practices that were not in tandem with global best practices.

“More importantly, we have taken adequate measure to stabilise the ship of the state, and restore the confidence of all stakeholders in Ekiti State project. We have also met and shared our vision of a business friendly state with the hierarchy of corporate organisations, multinationals and development agencies and the reception has been quite impressive.

“May I unequivocally inform you that some corporate organizations and donor agencies that fled the state at the height of  its misrule and suffocating business environment of the past have not only started to return, but have also pledged increased investments and interventions in critical areas”, he said.

While assuring that Ekiti State has returned to life with the prompt and regular payment of salaries and pension as well as the resuscitation of abandoned facilities, the Governor reiterated the determination of his government to improve the lives of the people through the four cardinal programmes of his administration.

He added that within the short time of taking over governance in the State, he had mobilised contractors to complete all ongoing and inherited abandoned projects as well as restore electricity to communities which were disconnected from the national grid; assuring that there will be no abandoned projects under his watch.

“Just four days ago, I flagged off the Ero Dam treatment plant, rehabilitation and replacement of transmission main pipelines.

“You can be assured that with the huge resources we have committed to the water sector, the project beneficiaries in the nine (9) Local Government Areas of Ero Dam coverage will soon heave a huge sigh of relief, when uninterrupted potable water is made available to them.

Speaking on the 2019 general elections, Governor Fayemi urged all stakeholders to play by the rules and shun politics of bitterness.

He continued, “As the electioneering season approaches, we must play by the rules and avoid politics of bitterness.

“Such must be avoided at all costs if we are to live in harmony. Political discourse should be civil with decorum and in a constitutional manner.

“We should learn from the lessons of the election conducted in Ekiti State last year and draw encouragement from its outcomes which were adjudged to be free and fair, and violence free without any loss of lives”, Fayemi added.