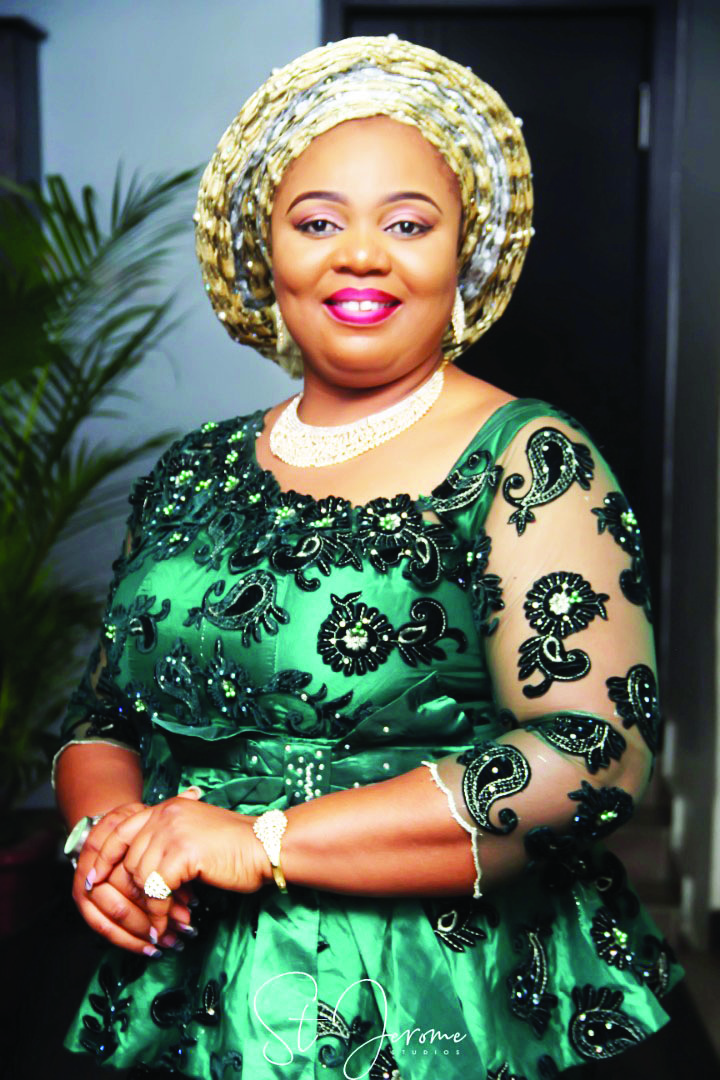 Lynda Odu-Okpeseyi is the Constitutional Area Speaker for Lions Anglophone countries, for the NewVoices, an initiative of the first female International President of Lions Club International, to balance gender parity in the association. Married to a Past District Governor, Mr.  Olatubosun Okpeseyi, a lawyer, Mrs. Okpeseyi is poised to train more female members in leadership positions. The recently elected Second Vice District Governor for her District spoke with The Nigerian Xpress.

Let’s talk about your sojourn so far in Lions Club. When did you become a member?

I joined the Lions Club as a Leo, 22 years ago, a Leo of Calabar Doyen Club. From there, I rose through the ranks, secretary, vice president; I became the club president, thereafter, I became the chairperson for Sight and I contested for the post of second vice district president in District 404A Nigeria and won. In 2006/2007 Lions year, I became the District president, the first female Leo district president in Nigeria. After serving and serving very well, I did some major projects that touched a lot of lives in my years, as Leo district president. We donated 20 wheel chairs to the physically challenged children, we gave scholarships to 30 children in the special education centre, that is those that are deaf and dumb; we also gave them books for indigent students. We had a skills acquisition programme where they were taught how to make hats, beads and how to bake. There were other projects we did; the ones I mentioned were just a few. As charter president, in Abuja, it wasn’t easy for a new club but I made friends. I had more people, who were committed and we carried out beautiful projects, donated bed sheets to Kuje General Hospital, visited the FCT School for the Blind and made donations, thereafter I became a zone chairperson.  Then Abuja and Akure were under one region. Abuja was just a zone merged with Akure and we had just three Lions Clubs in Abuja. We worked together as a team with members of my zone and we were able to form two more clubs and were elevated to become a region and I became the first Lion, who served as zonal chairperson and regional chairperson in the same Lions year, a record that nobody has yet broken. Having served as zonal and regional chairperson, I became the first pioneer cabinet secretary because our district bifurcated and we became District 404A2. Another first for me because I became the first female cabinet secretary in my district and again, that record is yet to be broken. After that, I went on to become the first and only female chief of protocol. I then became the centennial coordinator for the district, chairperson of ISAME forum, the district global leadership team coordinator. Then the district global service team coordinator and I also doubled, as the constitutional area speaker and the Multiple District Global Action Team Secretary. What makes me really happy is that I just contested and won, as second vice district governor for District 404A2 Nigeria, which means that in two years, I will be a district governor and we have not had a female governor in the last four years. So, I am happy that I have broken that jinx.

What are your personal life principles?

I have too many life principles. But the one that strikes me most is the one that was said by Melvin Jones; he said: “You can never go far except you do something for somebody.” Then, I also want to excel in anything I am asked to do. I want to do it with my whole heart and excel. I want to put a smile on somebody’s face everyday even if it is saying good morning in a very pleasant way and the person can smile back at me. It gives me joy. So, anything that I can do to make another smile is good for me; it makes me happy.

What is the greatest concern affecting the organisation now?

Most people still think that Lions Club is a secret cult or is an elitist club. That is not so. The website is free; everyone can go and see what we do. Some people think because we have the head of the Lion, as a logo, it means that these people could belong to a cult. It is not a cult; it is open to everybody. It is for everybody, it is not only for the rich. You mustn’t be rich to be a member. You only need to have a heart of service. All we do is support the government because government cannot handle everything alone; see how we can reach where they cannot reach. The government can stop in the capital cities, but what happens in the rural areas? We tend to forget what happens to those people there, but Lions Club will go there. Imagine some villages, the children don’t even brush their teeth, but Lions club will go there, teach them about dental care, donate toothbrushes and toothpaste to them and they are happy. That is not government’s priority for now, but it is our priority because the children are our future.

Has Lions Club been able to influence any government policy?

Not exactly, there are some projects that government do that we support and we try to work in partnership, but it hasn’t been too effective; maybe we have only been able to achieve about 30 per cent success but we will keep at it.

There is poverty around no doubt, and there are scammers, how do you identify the genuine poor?

You have to go all out. You need to do a fieldwork, carry out an assessment to know what the community needs. Like if you go to a school like the FCT School of the Blind. Our club went there some years back; we noticed that there are poor children there, not all of them are blind. Our club now did an eye test and discovered that some of them are kept there because they require cataract surgery and when cataract surgeries were done, they returned to normal school and they can see. So, you know those ones that their parents are poor; they don’t know what is wrong with the eye, they don’t have money to go and check the eye, they just know that since the blind school is owned by the government they would not have to pay any money, government will take care of them, so, they just go and dump them there. At schools, there are students that have not been able to pay their school fees in a long while, even the way the children are dressed in government schools will show that they are in some need.  At government schools, you will see some children with torn shorts and you ask questions and you know that they are actually poor. We have gone as far as making uniforms for them, giving them books and doing so many things. This is not the only way to discover this. We also visit communities through their village heads, hold health outreaches where we involve doctors to do screening, diabetes and check weights of members of the community and fill in the gap of their other needs, such as water where  we construct boreholes, wells for those who prefer wells.  Each community has a peculiar need so, we always go the extra mile to get the needs of communities fixed. Like I normally say, you can have people in a camp like these people that are displaced, IDPs, and you go and mount a signpost that says AIDS is Real, that is a good message but that is not what they need. You must go there. Most times people go donate food but we forget that there are women there, they are shy, they can’t speak up, they need sanitary pads, some of them are using leaves, some use rags. This year’s International Women’s Day’s theme says balance for better and the focus was on the girl-child. We have been donating sanitary pads to girls teaching them how to use it and donating to displaced camps where you have those women that cannot afford sanitary pads. They are thinking of food, they are not thinking of how to take care of their bodies. Each community, each place you go has a peculiar need.

In the midst of so much poverty and despair, we see a lot of Christian organisations’ heads that have bought private jet; what is your take on that?

That is their priority, but for us it is not our priority. We are saying that no child should go to bed hungry, that nobody should go blind, that is why we are doing as many free eye screening as possible. So, we can detect it on time. If private jets is what makes them happy, then so be it. We are Lions. Serving humanity is what makes us happy.