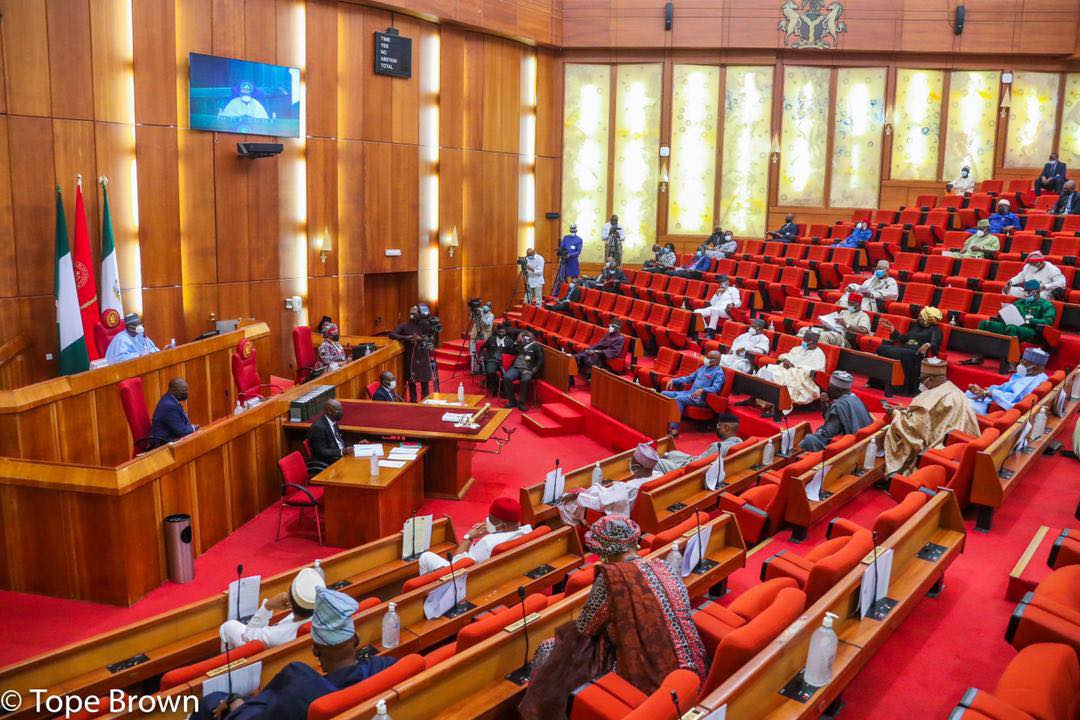 The Senate Committee on Finance has rejected a N6 trillion tax and import duties waivers in the 2023 proposed budget.

The committee said this, on Tuesday, during a panel meeting between Minister of Finance, Budget and National Planning, Mrs. Zainab Ahmed, and heads of revenue generating agencies in Abuja.

The Minister informed the committee that the N19.76 trillion proposed as the 2023 budget would have a deficit of N12.43 trillion because N6 trillion had been projected as tax and import duty waivers, while fuel subsidy would take N6 trillion.

In his reaction, Sen. Solomon Adeola, chairman of the committee, rejected the budget proposals.

Sen. Adeola said the projected N12.43 trillion budget deficit and the N6 trillion tax and import duty waivers should be adjusted before sending the proposals to the National Assembly for consideration and approval.

He also urged the minister to look into the list of beneficiaries of the waivers for the required downward review to N3 trillion to give room for the reduction of the N12.43 trillion deficit figure.

According to him, the issue of waivers should be given top paramount by relevant authorities, adding that Nigeria does not have room for wastages and leakages.

“The proposed N12.43 trillion deficit for the 2023 budget and N6 trillion waivers are very disturbing, and must be critically reviewed.

“Many of the beneficiaries of the waivers are not ploughing accrued gains made into expected projects as far as infrastructural developments are concerned.

“The same goes for tax credit window offered by the FIRS to some companies.

“Billions and trillions of naira can be generated by the government as revenue if such windows are closed against beneficiaries abusing them and invariably provide required money for budget funding with less deficit and borrowings.

“The NCS should help in this direction by critically reviewing waivers being granted on import duties for some importers just as the FIRS should also review the tax credit window offered some companies without corresponding corporate social services to Nigerians in terms of expected project executions like road construction.

“We cannot accommodate this N6 trillion tax waivers. It is in this way that the committee frowns at the projected N12.41 trillion budget deficit contained in the 2023-2025 MTEF/FSP and the alarming projection of ‘no provision for treasury-funded MDAs’ capital projects in 2023.

“This scenario is unacceptable, and we must find ways to drastically reduce the deficit.

“It is apparent that the borrowing trends cannot be allowed to continue unchecked and conscious efforts must be made to reduce budget deficits.

“Achieving these goals requires us to look inwards towards increased revenue generation, blocking of leakages and restraints on what are generally frivolous expenditures by MDAs, particularly the Government Owned Enterprises (GEOs).

“Our preliminary findings and directives to some of the agencies had led to the payment of millions of naira into CRF in accordance with the fiscal responsibility Act 2007 and the 1999 Constitution.

“It is needless to say that these millions not paid to CRF contribute to the yearly huge budget deficits of the federal government.

“The investigation was also able to get some agencies to accept opting out of the federal budget altogether based on their internal revenue generating ability. Some of these findings are relevant to the proceedings of this 5-day interactive session.

“From the challenges thrown up against our economy in terms of the Russia-Ukraine war, the impact of crude oil theft, insecurity, and continuing infrastructure deficits, it is time for all to agree that it cannot be business as usual for government revenue and expenditures.

“We need to block all revenue leakages and misuse in ministries, departments and agencies (MDAs) as well as control expenditure to free funds for needed infrastructure development and provision of social services.”

YOU MAY ALSO LIKE: http://South West PDP demands Ayu’s resignation at meeting with Atiku

The committee also directed the Nigeria Customs Service (NCS) to carry out a downward review of the proposed waivers in the fiscal document by 50 percent.

It added that the Federal Inland Revenue Service (FIRS) should critically look at abuse of tax credit by some companies.

Ahmed, however, said the issue of the budget deficit is a result of debt servicing, adding that tax credits are issued when companies construct projects and the projects are certified and issued certificates by the federal ministry of works.

On his part, Muhammad Nami, FIRS chairman, told the committee that tax credit was an important innovation of government, adding that it had yielded positive results from September 2019 when it was introduced through Executive Order 007 by President Muhammadu Buhari.

He urged the committee not to move in the direction of scrapping, saying it is only given to companies with evidence of projects executed.

On his part, Comptroller-General of the Nigerian COustoms Service (NCS), Col. Hammad Ali (rtd) assured the committee of an improved revenue generation in the 2023 fiscal year.